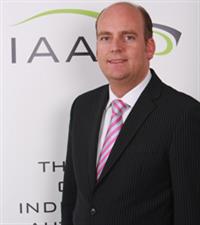 Welland is very familiar with the federation, as he was previously Honorary Treasurer for more than 10 years, before stepping down to assume his new role.

As the managing director of one of the UK’s largest rotating electrics suppliers, Welland has extensive experience in the automotive industry, and has presided over many mergers and acquisitions to successfully grow the business.

In his role, Welland works to ensure product availability remains at an optimum and is able to predict market changes and developments often before they happen, thanks to his industry insight.

On his new appointment, Welland said: “I have always been passionate about this industry and with so many technical developments expected in the upcoming years, my time as Vice President, and then President, is sure to be exciting. We have a great team of aftermarket specialists on the IAAF Council, and I’m confident that we will work together to support the wider industry and overcome any challenges.

“I’d like to express my gratitude to all of the well-wishers for their kind comments since announcing my new role. I look forward to serving the IAAF and its members and will give everything I have to the role.”