In a thrilling finale to the 2012 Dunlop MSA British Touring Car Championship at a rain soaked Brands Hatch on Sunday 21st October, Shedden held off the challenges of team mate Matt Neal and MG’s Jason Plato to secure the Drivers’ title. In a reversal of the positions in 2011 when Neal triumphed over Shedden, the 33-year old Fife driver capped another superb season for Honda Yuasa Racing who had already retained the team title and Team Honda/Dynamics who defended their Manufacturers/Constructors championship. 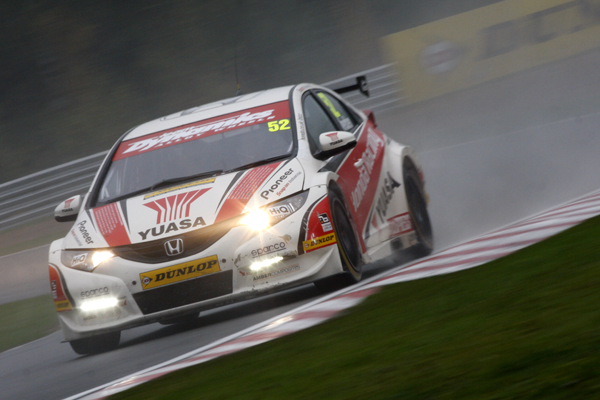 Shedden was the standout driver for 2012 with no fewer than eight race victories while team mate Neal took six chequered flags giving Honda Yuasa Racing wins in almost half the 30 races during the season.

Back-to-back clean sweeps for Honda Yuasa Racing resulted from a huge team effort with the final result going to the last race meeting in both seasons. Yuasa signed a three year sponsorship deal as team title sponsor and there is much to look forward to in the 2013 and 2014 seasons of the UK’s leading motor sport series.

Andrew Taylor, managing director of Yuasa Battery Sales (UK), commented, “Our third season as principal sponsor of Honda Yuasa Racing – and first as team title sponsor – has exceeded all our expectations with top class racing throughout an exciting season. Landing a second successive clean sweep of titles is testament to all the hard work that goes into producing the best results on race days. Support for the team throughout the year has been phenomenal and we aim to continue delivering in the 2013 season.”