Toyota Ireland has launched its annual Dream Car Art Contest, a national competition, which invites budding Irish artists under the age of 16 to ‘dream up’ their car of the future.

Nine Irish finalists will be awarded prizes which range from a Nintendo DS, Digital Camera, iPod shuffle and art supply vouchers, as well as the chance to win an unforgettable trip to Japan if they are successful at a global level. 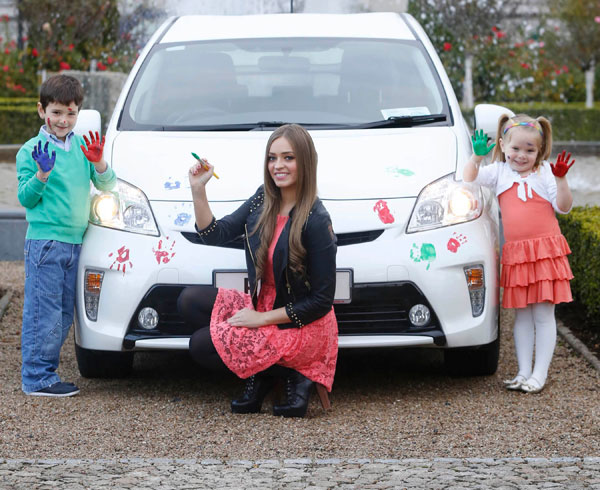 The 2012 competition was extremely successful with over 3,000 entries from around the country. Of the finalists selected to represent Ireland in the global competition, three of them succeeded in reaching the top 20 worldwide.

A panel of three judges, Diana Bunici, RTE presenter, Oliver Whelan, lecturer in Fine Art at NCAD and a representative from Toyota Ireland  have the tough job of selecting three finalists in each age category (under 10 years, 10-12 years and 13-15 years) as the national winners. These winners will be announced in March 20123and will be invited to a special awards ceremony where they will be presented with their prizes and certificates.

Commenting on the launch, Ian Corbett, Toyota Ireland Marketing Operations Manager said: “The competition was a great success last year and we were really impressed with the high level of creativity that we saw in the entries. This year we’re looking forward to building upon this success and shining the spotlight on some of Ireland’s brilliant, undiscovered young artists.”

How to Enter:
Young artists are being asked to draw or paint their vision of a ‘Dream Car’ using standard art materials (digital submissions will not be accepted).  All entries must be in colour and include a car and a background or setting on an A3 size paper.

All submissions can be entered by dropping art work into an Authorised Toyota  Dealership or sending it to Toyota Ireland, Killeen  Rd, Dublin 12 and clearly mark it ‘Toyota Dream Car Art Contest’.  The submission must be accompanied by an entry form which can be downloaded from www.toyota.ie . The contest will be open until February 28th 2013.

The nine Irish winners’ works will go on to compete against international winners for Gold, Silver and Bronze in a global competition with a grand prize of a once-in-a lifetime trip to Japan.

Pictured at the launch of the annual Toyota Dream Car Art Contest was TV presenter and competition judge, Diana Bunici. Diana was on hand yesterday at the Radisson Blu St Helen’s to help Kayla O’Toole (5) and Matthew Lawless (6) kick-start their competition entries.