Substantial investment by commercial vehicle manufacturers in developing cutting edge technology helps operators improve efficiency by a few percent and save a packet on fuel bills. 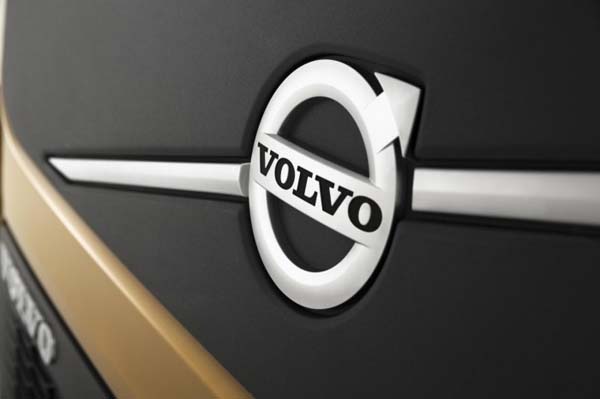 Their research and development makes vans and trucks easier to drive and safer, too, so their efforts are to be warmly congratulated.

The UK’s auto industry organisation SMMT’s Transport News Brief publication talked to the team behind the flurry of furious activity at Volvo Trucks. Here is what they found.

If executives at Volvo Trucks were all to be found slumped across their desks in a state of exhaustion then it would come as no surprise.

Since last September, in a truly heroic effort, the company has renewed its entire European range.

It started with the FH and its new cab ¬– the truck’s launch bizarrely accompanied by a film of a tightrope walker stepping along a rope stretched between two trucks travelling at 50mph – and was followed in quick succession by the FM, FMX, FE and FL.

It has not been a cheap exercise. Developing FH alone cost the Gothenburg, Sweden based company a hefty £1.04bn (or €1.2bn) points out Volvo Trucks President, Claes Nilsson.

“It is however a truck that will carry us far into the future,” he observes.

Nor has the exercise solely been about meeting the requirements of the new Euro 6 exhaust emission regulations, due to come into force next year. It has also involved implementing a mountain of technical innovations, including I-See, Dynamic Steering, and Independent Front Suspension, although the last-named feature will not be offered on right-hand-drive models for some time to come.

The first time a truck fitted with I-See travels along a hilly stretch of road, information about the topography is transmitted to the Volvo Trucks server. When another truck with I-See uses the same route it automatically receives that information to ensure that gear-changes for example are made at just the right time to achieve maximum fuel efficiency.

Volvo estimates that a 5% fuel saving can be achieved on long-haul runs.

Dynamic Steering involves attaching an electronically-controlled electric motor to the steering gear to give the hydraulic power steering a bit of help whenever required. It means that a fully-laden FMX tipper can be manoeuvred at low speeds with only a modest amount of effort required from the driver says the manufacturer.

The latest FMX also gets a redesigned cab interior, a new air-suspension system and increased ground clearance. Dynamic Steering is fitted to FM too, which will go into volume production in September.

Volvo has now revealed details of almost its entire Euro 6 engine line-up although the 460hp 13-litre D13 has been available in that guise since last September. “Our aim has been to ensure that fuel economy is at least on a par with Euro 5,” says John Comer, Product Manager, UK and Ireland.

Operators who wish to achieve better fuel returns should take a close look at I-Torque advises Comer. Available from next spring solely on the 460hp FH, it combines the I-Shift automated transmission (now available on FE for the first time) with dual-clutch technology (a first in a heavy truck) and delivers 2,000Nm to 2,800Nm of torque across a narrow 900rpm to 1,200rpm rev band.

“It won’t be cheap but should reduce your fuel usage by about 4%,” he contends.

“With the dual-clutch system there is no torque interruption, not even during gear-changes,” explains I-Torque Product Manager, Astrid Drewsen. “As a result the engine can operate within its narrow optimised band delivering faster acceleration and improved driveability.

“It feels as though you have two gearboxes,” she continues. “When you’re driving in one gear in one gearbox, the next gear is already engaged in the other one.

“The actual gear-change is lightning-quick and takes place without any interruption in power delivery,” Drewsen contends.

Combine it with I-See says Head of Engine Strategy, Mats Franzen, and you could get to enjoy some really useful economies. “It could mean an annual fuel saving of 4,100 litres for the average truck,” he suggests.

It will be interesting to see to what extent UK operators will be willing to pay extra for I-Torque – even with the fuel economy benefits Comer says it will bring – given the premium they will already be paying for Euro 6. The uplift of up to £9,000 he cites is however no different from the premium being quoted by other manufacturers.

What is rather different is the rate of AdBlue consumption. At up to 7% it is at the same level that Iveco quotes, despite the fact that whereas the Italian manufacturer is solely using Selective Catalytic Reduction (SCR) to meet the emission regulations – which means a high level of AdBlue usage is understandable – Volvo is employing SCR plus Exhaust Gas Recirculation (EGR).

“The reason is that we make only sparing use of EGR to ensure the exhaust temperature doesn’t drop too low,” Comer says. That aids particulate filter regeneration but means that the SCR system has to work harder.

Euro 6 typically involves a weight penalty of around 150kg to 200kg and Volvo has done all it can to keep it as low as possible says Comer. What is likely to be more of an issue for many operators, he suggests, is the amount of space available on a chassis that is required to accommodate a particulate filter as well as an AdBlue tank.

Volvo’s most-recent activities have included the introduction of two new engines for its FL/FE range: a 7.7-litre at 250hp, 280hp and 320hp, and a 5.1-litre at 210hp and 240hp. It has also come up with a new 12-tonne version of FL, which takes the 240hp 5.1-litre married to an I-Sync transmission and is said to weigh 500kg less than a corresponding truck with a six-cylinder diesel.

Wary of Euro 6, operators across the industry may be tempted to tuck a few Euro 5 trucks under their belts and take advantage of derogation arrangements that will allow them to have their trucks registered in 2014 if the chassis is produced no later than 30 September this year.

Comer has a warning for them however. “They should bear in mind that any new truck registered from 1 November 2014 onwards must be equipped with an electronic stability programme and that a body fitted from 29 October 2014 will have to meet European Community Whole Vehicle Type Approval,” he points out.

Fail to meet these requirements and you will not be able to put your shiny new (ish) truck on the road.

New metal is something every operator needs, so it’s reassuring to consider the lengths commercial vehicle manufacturers go to so it’s as solid an investment as possible for a business.