From 2020, Toyota Ireland says that it will remove the 1.6 petrol saloon and 1.2 petrol hatchback versions of the Corolla from its offering. The Corolla will be only available only in hybrid.

In early 2018, Toyota made the prescient call to swiftly move away from diesel models for passenger cars, a decision that is very much reflective of Toyota Ireland’s ‘Built for a Better World’ brand promise. 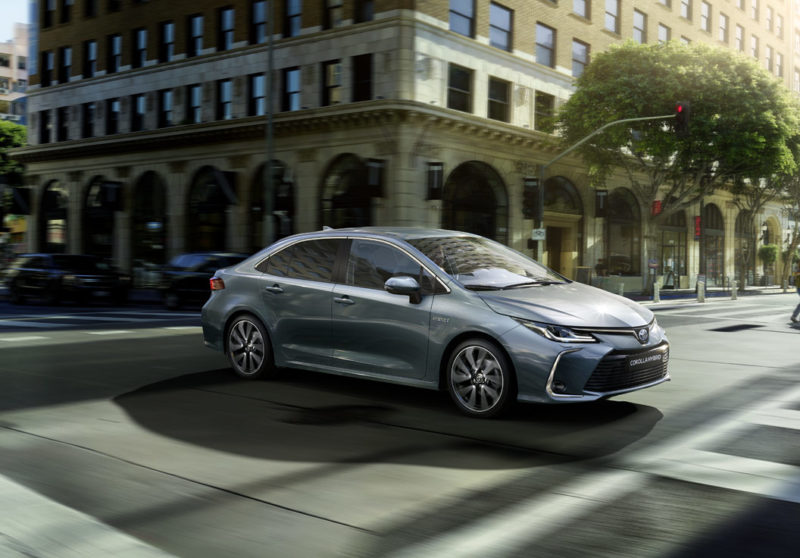 Toyota says that these changes follow on from the success already seen from the RAV4 and Camry, which are exclusively available in hybrid since launching early this year. It adds, to date over 85 per cent of Toyota Corolla sales, and 90 per cent of C-HR sales in 2019 have been for the self-charging hybrid models.

This also means that from 2020, the only petrol variants to remain in the Toyota line-up will be the Yaris 1.0 petrol and the Aygo.

Available in hatchback, saloon and touring sport variants, Toyota Ireland says that prices for the Corolla Hybrid will start from €26,370.

Steve Tormey, Toyota Ireland CEO said he is confident that “if all other motoring manufacturers offered a full range of hybrids, Ireland’s environmental outlook would immediately be a lot rosier than it currently looks”.

Tormey added: “Our self-charging hybrids, which are exclusively automatic, have many advantages including excellent fuel efficiency, low NOX and drive in zero emissions mode more than 60 per cent of the time, making them the ideal next step towards electrification for environmentally and cost-conscious drivers.

Concluding, he says: “Some might say this is a brave move given the perceived market dependency on pure fossil fuel powered cars, but for us the decision to double down on self-charging hybrid over petrol makes absolute sense. The numbers don’t lie, and we now know that if you offer highly desirable looking and high-performing self-charging hybrids they will win out over petrol every time. Next year, we predict that 92 per cent of our passenger car sales will be self-charging hybrid across all models.”