The family cars of the next decade will be some of the most economical mainstream cars ever built, thanks to a raft of cutting-edge technologies which are already being worked on, according to a new report by top British motoring magazine AutoCar.

The world’s oldest and most respected motoring title has revealed the top five new technologies that will propel the average family car to achieve CO2 output figures of well under 90g/km and fuel efficiency levels of more than 300mpg. The average family car achieved just 132g/km of CO2 in 2012 and is expected to manage 130g/km by next year. 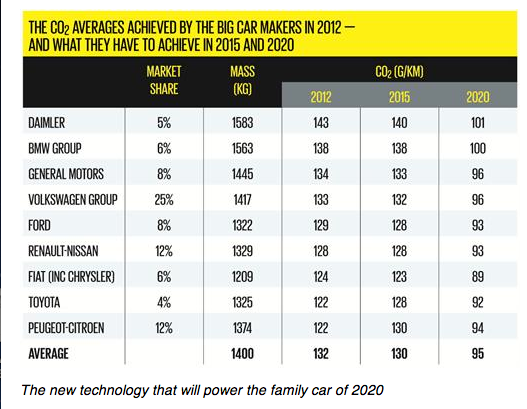 The European Union has set stringent regulations that require all car makers to meet a rigorous set of average CO2 emissions standards across their entire fleet of vehicles. These come into force in 2020.

The report illustrates how flywheels, electric turbochargers and intelligent aerodynamics will shape the way the mid-market saloons and hatchbacks will be built with the specific aim of meeting those standards.

Autocar editor-in-chief Chas Hallett said: “The CO2 targets laid down by the European Union are set to change the face of Europe’s car industry forever. Hitting the targets will be expensive and difficult for nearly all of Europe’s car makers and the fact that early work is already under way on cars that are still at least five years from the showroom illustrates how challenging it is.” 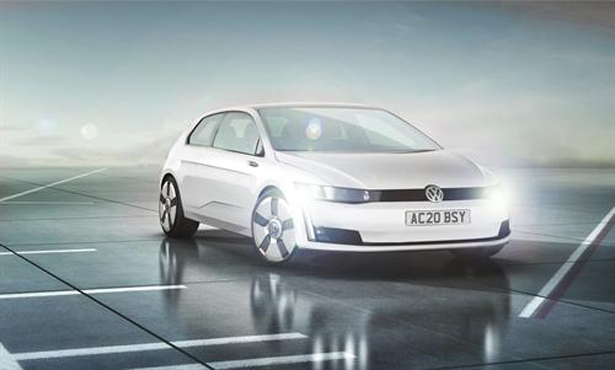 Flywheels: A British-designed flywheel system, which is used to drive the rear wheels of a front-wheel-drive car, is currently in testing. It’s thought flywheels could become far more familiar on mainstream cars in the next decade because they can store waste energy and then release it, much like an electric motor and battery. Flywheel systems are also about a quarter of the cost of a hybrid set-up, far less complex and much lighter.

Variable Compression Ratio Engines: Earlier this year, it was announced that manufacturers were developing engines with variable compression ratios. Although details of how this will be executed were not revealed, the principle has long been an important goal for engine designers. Being able to vary an engine’s compression ratio depending on the demands being placed on it will lead to significant advances in efficiency.

Coasting: Coasting technology is something that is certain to be used on future models and will most likely be rolled out in three stages. The first stage, coasting at speed, is already a feature on some manufacturer models fitted with dual-clutch automatic gearboxes. The next version is expected to function when a car is travelling below 4mph. The ultimate version will allow transmission decoupling and engine shut-down when cruising at speed, travelling downhill or approaching traffic lights that are about to turn red.

Electric Turbochargers: Manufacturers have already begun to preview their own versions of electric turbocharging. One such model from Audi uses a powerful fan in the engine’s induction system. This fan blows air through the turbo when the engine is decelerating in order to spin the turbo fan up to speed so that full boost is available as soon as the driver gets back on the accelerator. Such a system is especially useful for smaller-capacity downsized engines, which generate little exhaust gas energy, especially at low speed.

Enclosed Wheel Wells: Large steps forward in aerodynamics are difficult to achieve with mid-sized family cars. However, it is believed that wheel wells might yield big reductions in drag. Some manufacturers are already directing air across the face of the front wheels to achieve this. The next natural step is to enclose the wheel housing so airflow doesn’t get trapped as it travels under the car. This would mean fitting an undertray that extends beneath the front wishbones. This flexible ‘skirt’, which could be attached to the wheel arch liners and the lower wishbones, creates a seal that moves with the suspension.

Given the need for such significant reductions in average fuel consumption levels, manufacturers can no longer rely solely upon further rounds of engine improvement to make the mark. Astute use of every element that comprises the make-up of any new vehicles will need to be considered.
Advanced aerodynamic technology is already being tested and used by several manufacturers. For instance, the sharp-edged rear corners of cars such as the Toyota Prius and Chevrolet Volt improve the way that airflow breaks off the body.

But Hallett said that manufacturers will need to be careful to balance the need to meet CO2 standards with costs and the risk of their models losing their consumer appeal at the expense of aero packages.

“This is an exciting time for the car industry because the standards being set are demanding that the pace of innovation and clever technology is being maintained, if not accelerated,” he said. “But car makers will have to be careful – the advance of ‘green’ technology could prove devastating for companies already surviving on a very slim profit margin.”