For the first time ever, a right-hand-drive Ford Mustang will roll off a Ford assembly line when global production begins. The addition of a right-hand-drive Mustang to Ford’s line-up of global vehicles will allow the iconic ‘pony car’ to be exported to more than 25 right-hand-drive markets around the world, including the UK, Ireland, Australia and South Africa.

Mustang engineers recently finished construction of the very first right-hand-drive sixth-generation Mustang. The prototype Mustang will be used to conduct various development tests in preparation for the car’s entry into the global market in the coming months. 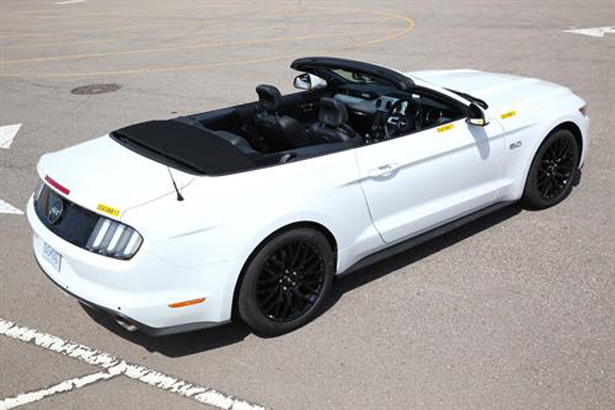 While Mustang has more than 100 fan clubs around the globe and was recently voted “Europe’s Most Wanted Classic Car” by AutoScout24, bringing a right-hand-drive Mustang to market will allow more enthusiasts to experience the car than ever before.

The Ford Mustang is the newest member of a very exclusive club – vehicles in continuous production for 50 years. The car has a worldwide base of fans, including more than 7.6 million on Facebook – the most of any vehicle nameplate. From the beginning, Mustang’s unique combination of style, performance and affordability established an entirely new class of sporty cars, and it has led the segment ever since.

The sixth-generation Mustang goes on sale in the United States this autumn and in the UK and Ireland in 2015, and will eventually be available in more than 110 countries worldwide.