Repxpert Brand Ambassador, Andy Savva has been speaking candidly about his new role. In a wide-ranging interview, he talked about the pride he felt in becoming a member of the original equipment (OE) manufacturer’s family, his endorsement of OE and what the thousands of Repxpert members can expect over the coming months.

Having been a serial workshop owner for 20 years, Savva has taken his career in a new direction, starting up a new business venture, helping technicians become more business-savvy, with the title of The Garage Inspector. 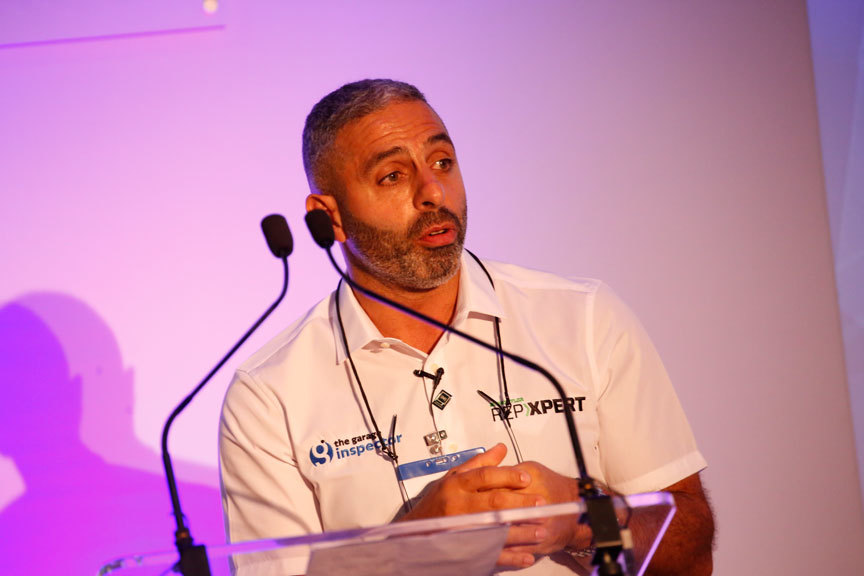 His experience and knowledge of the industry is priceless, and it was those credentials that stood out to Schaeffler officials.

Savva said: “I was honoured! It came out of the blue, but, as a serial garage owner in the past and always been an endorser of OE brands, such as Schaeffler, I knew it would be a natural marriage.”

He added: “I’ve known the Repxpert team for a long time, having presented at Automechanika and Autoinform Live, and they’ve always made me feel welcome. Product is one thing, but the people around and behind it are vital. Glossiness is fine, but there needs to be substance, which is what we have here at Schaeffler.”

Part of Savva’s role will be fronting various media functions on behalf of Repxpert, but, most importantly, he will be sharing his expertise in building a successful workshop business, offering Repxpert users the opportunity to enrol on one of his popular courses.

During his interview, he revealed the importance of the link between OE and the workshop environment: “There used to be a perception that workshop owners couldn’t access OE parts, perhaps because they were too expensive or inaccessible, but that’s wrong. I have the backing of a global OE brand, and I want to reciprocate that support by illustrating the benefits of genuine OE.

He continued: “I want to instil confidence in them, not just by choosing the best product, but also improving their business acumen. I believe too many good people in the workshop environment are being left behind because they don’t have the business experience needed to take their business to the next level – I am confident I can deliver the whole package to them in this role as a brand ambassador.”

Savva claimed: There has never been better time to be working in the independent garage sector” because the infrastructure and support network, from the likes of Schaeffler, is in place and there is “no excuse” for anyone working within a workshop environment not to tap into it.”