Renault will be celebrating passion for football and the dedication of fans as part of the sponsorship, with the spirit of fans a perfect representation of Renault’s ‘Passion for Life’ brand pillar.

The Renault idents will also feature on Sky’s On Demand service and the Sky Go platform that allows fans to watch live or catch up on the move via mobile and desktop devices. Highlighting the journey that fans go through during the season, the idents will feature fans traveling to and from the game as well as a new hashtag, #withyoualltheway. 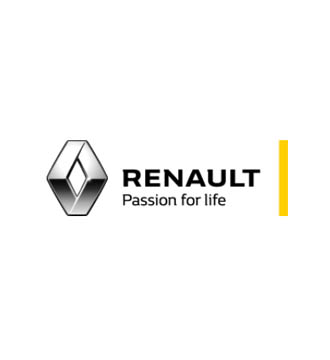 The idents showcase a number of Renault cars including the Clio, the Captur and the All-New Mégane R.S. hot hatch, with the driver of the car taking in the emotional journey of supporters during matches.

Renault will also sponsor digital coverage of the Premier League on skysports.com and the Sky Sports App, including video and display advertising. The sponsorship also includes the Renault Match Zone; a feature which sees Sky Sports transport a bespoke mobile studio to club training grounds, to interview key players and managers.

Paddy Magee, Country Operations Director, Renault Group Ireland  – “Renault’s new partnership with Sky Sports is about celebrating Renault’s brand ethos, ‘Passion for Life’. Football fans show a zest for life, a desire to succeed and a spirit of togetherness, going through a journey of emotions as they follow their team. Through this partnership with SkySports, Renault will be with them all the way. The coverage starts on August 10 on Sky in Ireland”.

Reaching millions of dedicated fans across Ireland and the UK, the partnership provides Renault with a chance to tap into highly engaged audience with broadcast as well as digital sponsorship.

John Litster, Managing Director, Sky Media, said: “In the last month we’ve been reminded of the power football has to delight and inspire. As world class players from around the globe return to the Premier League we’re thrilled that Renault will be part of Sky Sports’ unrivalled coverage. A true cross-platform partnership including naming of ‘Renault Super Sunday’ – we look forward to working with Renault to help tell their brand story”