Citroën Motors has appointed Pedro Regalado as Managing Director, replacing Frédéric Soulier who is taking on a new role in China where he will be responsible for Importers within the Group’s Asia markets.

Meanwhile, Louise Murphy is taking on additional responsibilities as Commercial Director in charge of Sales and Marketing and Deputy Managing Director. The changes are effective from Monday, 11 May 2015. 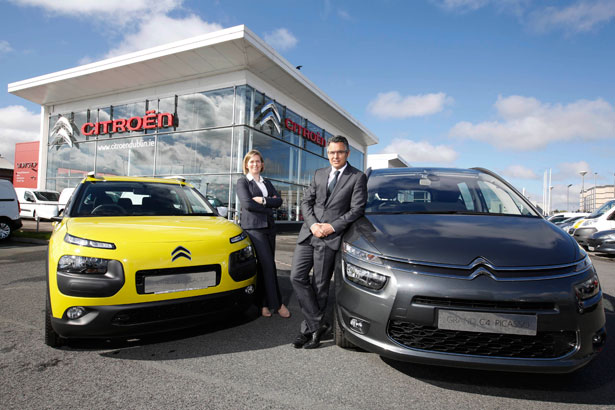 Pedro, who originates from Spain, has been with the Group since 1994 and most recently worked in Paris where he was European Regional Manager responsible for a number of countries over the last four years. Pedro holds an Economics Degree and an Executive MBA from the ESADE Business School.


Louise joined Citroën Motors Ireland as Marketing Manager in 2011 and has overseen the launch of DS 5, the Citroën C4 Picasso – which was named Continental Irish Car of the Year in 2014 – and most recently the multi-award winning Citroën C4 Cactus. Louise has a Degree in Business Studies and French from Trinity College and a Masters in Marketing and a Masters in Public Relations from the Dublin Institute of Technology.

Commenting on his new role Pedro Regalado said; “I am delighted to join the Citroën and DS teams here in Dublin. It is a very exciting time for both the Irish motor industry and Citroën Motors Ireland, particularly with our sales increasing by 38% in the first quarter of 2015. I look forward to working with the Dealer Network in strengthening both the Citroën and DS brands in Ireland over the coming years.”