The new Škoda Fabia, presented at the Paris Motor show in September will launch in Ireland on December 1, just in time for 2015 vehicle orders.

Prices for the new Fabia have been confirmed with all model variants receiving specification enhancements with some model versions even decreasing in price. The entry price to the Fabia range is €13,895 for the 1.0-litre, 60bhp Active. 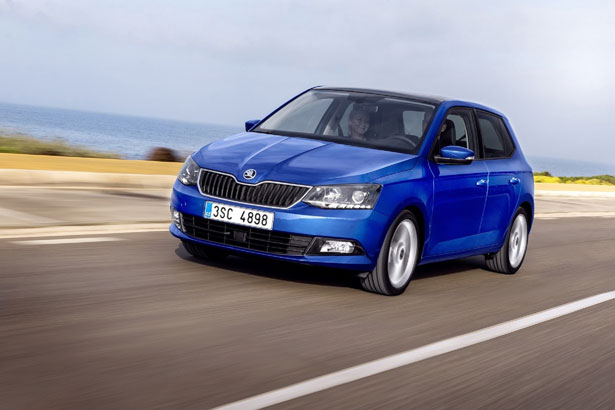 Since its debut back in 2000, over 3.4 million Fabia vehicles have been sold worldwide and Škoda has very high hopes for the all new Fabia, now in its third generation.

The new Fabia’s style echoes that of other models in the Škoda range and hints at the future direction of the Škoda Brand. Compared to its predecessor the new Fabia is in fact shorter by 8mm however with an increased wheelbase of 5mm, the Fabia achieves class leading luggage capacity of 330 litres. The exterior style is enhanced by reducing the height by a full 30mm while the width of the vehicle has been increased by 35mm providing a lower stance and improved road presence.

In addition to cosmetic changes the Fabia receives a completely new line-up of petrol and diesel engines coupled to manual and DSG transmissions. The entry to the range is the petrol 1.0-litre MPI, 60bhp with turbo charged 1.2-litre TSI 90bhp and 110bhp also in the offering. The new Fabia is derived from the coveted MQP platform from the Volkswagen Group resulting in exceptional driving dynamics and efficiencies. The Fabia is in fact 65kg lighter than its forerunner and that contributes to CO2 and Fuel Efficiency savings of up to 15% in the entry petrol offering. The most fuel efficient diesel delivers on average 3.4 l/100km (83 mpg).

The Fabia also provides a glimpse of the future as to how mobile devices will connect to vehicles through the MirrorLink system. Offered as an option, MirrorLink provides Maps and Navigation, Music and Weather reports to the driver through the vehicle via their mobile device.

Speaking in relation to the new Fabia, Raymond Leddy, Head of Marketing & Product, Škoda Ireland said “The Fabia is a completely new car. It is not a facelift but is entirely new inside and out, utilising the latest engines and technologies to provide the best Fabia ever. Our new 1.0-litre, 60bhp petrol unit delivers surprising performance with superior acceleration and economy when compared to the comparable engine offered in the previous model. The Fabia was initially planned for launch in Ireland in early 2015 similar to the UK however we are launching early in December to meet the demands of customers who want to place orders for delivery in January”.