The NGK-sponsored M-Sport Ford World Rally Team is putting youth at the head of its 2020 FIA World Rally Championship campaign.

Esapekka Lappi will join forces with Teemu Suninen and Gus Greensmith this season taking to the wheel of the EcoBoost-powered Ford Fiesta WRCs which are fitted with NGK spark plugs and NTK Lambda sensors.

The three drivers have an average age of 25 and will be led by a similarly young and ambitious team – the average age of the engineers just 30, and Team Principal Richard Millener a mere 35 years young. 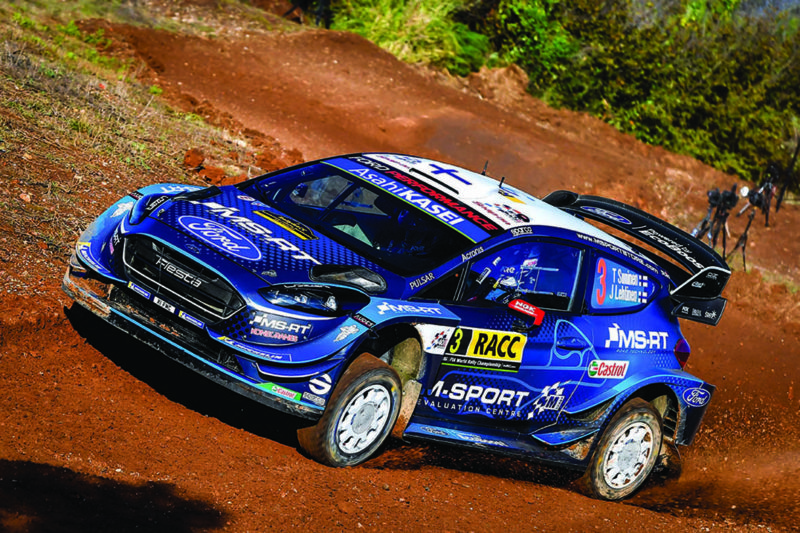 As a proven rally winner, Lappi will lead the team alongside compatriot co-driver Janne Ferm. The Finns last took to the wheel of a Fiesta in 2012 when they stormed to Finnish Championship success with a clean sweep of victories behind the wheel of the Ford Fiesta S2000. Eight years later, the popular duo are now regularly challenging for top results on the world stage.

Teemu Suninen and Jarmo Lehtinen continue their partnership as the young Finn contests his second full season at the sport’s highest level. Developing at pace, Suninen made his world rally car debut in 2017, secured his first podium in 2018, and led his first rally in 2019 – so the team is eager to see what he can do in 2020.

This also marks the first time an all-Finnish line-up has led the team since Mikko Hirvonen was partnered with Marcus Grönholm in 2006 and 2007, and Jari Matti Latvala from 2008 to 2011. Over those six years the Finns delivered two championships, 31 victories, 99 podiums and 592 stage wins; and M-Sport Ford is now looking forward to promoting the next generation of Flying Finns.

Joining the Finns in the third Ford Fiesta WRC on nine events are British talents Gus Greensmith and Elliott Edmondson. The Brits will get their season underway in Monte-Carlo before events in Mexico, Argentina, Portugal, Sardinia, Finland, Turkey, Germany and Wales.

Mark Hallam, Marketing Manager, NGK Spark Plugs (UK) Ltd, said: “The M-Sport team has a fresh look this year and I’m sure all of our customers who are WRC fans will be looking forward to seeing how the young drivers compete in the 2020 championship. Everyone at NGK wishes the team every success in what I’m sure will prove to be a very exciting season.”