Ford boasts that their new Focus is on the way with a bolder, more emotive exterior design, a finely crafted, intuitive new interior, a suite of 18 new or improved driver assistance technologies and major fuel economy improvements. 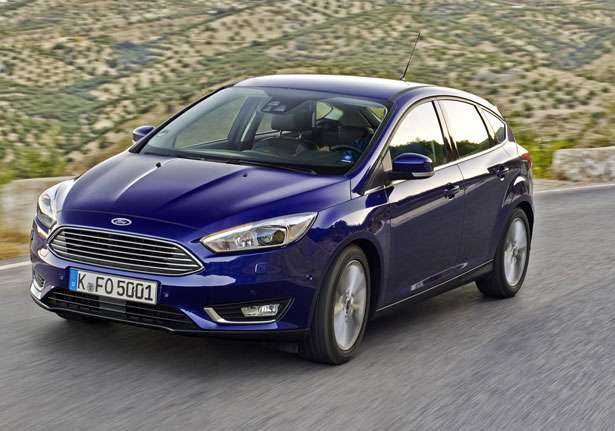 And the new Focus has been elevated to the title of the ‘world’s best-selling nameplate’ based on Ford’s analysis of the latest Polk global vehicle registration data for 2013.

On sale from November, the new Focus should also debuts SYNC 2 in Europe, Ford’s advanced in-car connectivity system, and offers a more powerful, yet frugal engine line-up, including new 1.5‑litre EcoBoost petrol and TDCi diesel engines. And the upgraded powertrain line-up for Europe delivers expected fuel efficiency improvements of up to 15 per cent.

“We weren’t satisfied with being number one; we wanted to make the best even better with a stunning new version of the Focus,” said Stephen Odell, president of Ford of Europe, Middle East and Africa. “The new Ford Focus marries modern design, advanced technology and leading fuel efficiency with the fun-to-drive DNA for which Focus is rightly acclaimed.”