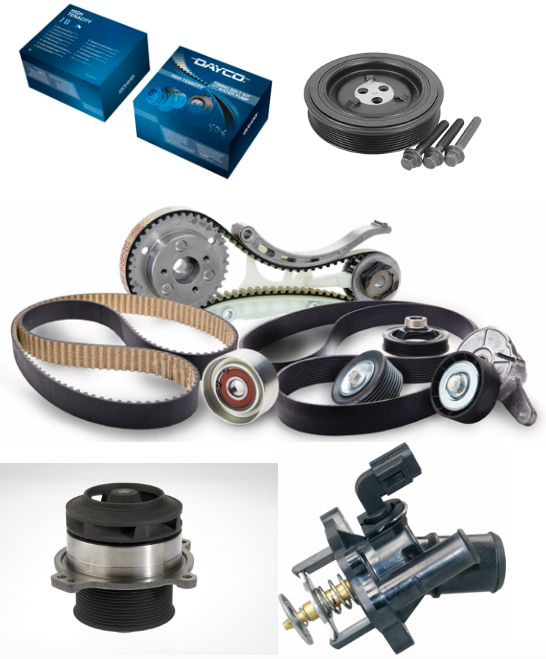 Although naturally the bulk of the new additions are timing belt kits, the fact that they also include idler pulleys, chain kits, auxiliary belts and even thermostats, clearly demonstrates the diversity of the ever-growing Dayco range.

When it comes to the NTR timing belt kits, although three also include a water pump, following the company’s practice of including all the components that the VM specifies need to be replaced during the scheduled replacement, five, which are distinguished with the letter ‘K’ at the end of the part number, also include a new stretch-bolt for the crankshaft pulley. This not only helps the technicians undertaking the work, it also provides peace-of-mind for workshops that the correct installation procedure is followed.

Another notable addition, which reflects the developing technology of the auxiliary belt, is 7PK1457K, a seven ribbed poly-v belt, for the 1.6-litre DTEC engine used in the Honda Civic from 2012-15 and CR-V from 2015-18, the construction of which has been improved to include aramid fibres, to prolong its service life.

It is important for workshops to note that, despite the practices of some aftermarket suppliers, OE auxiliary belts are specifically designed to conform to very strict dimensions and so, where replacement belts of a more generic rather than vehicle specific size have been fitted, failures have occurred.

However, this new addition, like all of the auxiliary belts in Dayco’s aftermarket programme, is manufactured to vehicle specific VM specifications, which means independents have access to an OE quality solution that is designed to precise standards, in terms of both its dimensions and construction, to the OE article.