As Ireland continues to flatten the Covid-19 curve and starts slowly picking up the pieces from the devastating personal, societal and economic impact the pandemic has had, new research reveals that Irish consumers still intend to make some key purchases they had planned before the virus hit.

The nationally representative survey of 1,000 Irish citizens was carried out in May and specifically examined consumers’ intentions to purchase a car, as well as car brand and powertrain preferences. 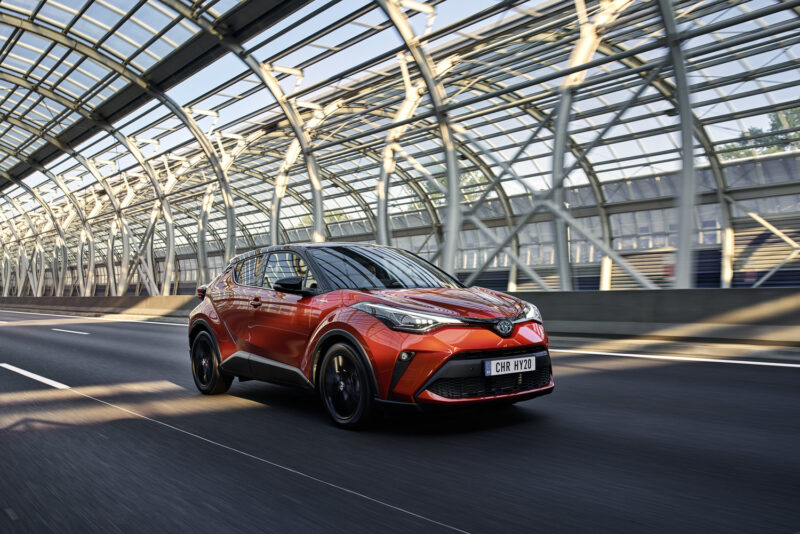 When presented with a list of the top 20 mass market car brands and asked which brand they would most likely choose for their next car purchase almost a quarter of respondents (23 per cent) chose Toyota, with the second choice coming in at almost half of that with 12 per cent of the vote.

Likely linked to this consumer preference in the brand is the fact that Toyota recently ranked the top car brand operating in Ireland overall in the 2020 Reptrak study, and came out on top in an earlier iReach survey in February this year with 21 per cent of respondents stating Toyota has the best reputation of all car brands, followed by the next car brand at 11 per cent.

When it came to intended powertrain choice, hybrid accounted for 23 per cent in the May survey, which is very much in line with the 23 per cent opting for Toyota given the brand sells almost exclusively self-charging hybrid models. Toyota has been at the forefront of progression towards a more eco-friendly motoring environment for more than 20 years since the first Prius hybrid was introduced. Since that time, it has made significant technological advancements to the point where their affordable, new generation self-charging hybrid cars now drive in zero emissions mode more than 50 per cent of the time.

As such, the brand, which ceased diesel production in 2018 in line with its ‘Built For A Better World’ brand promise, is in high-demand with environmentally conscious motorists for both city and long distance driving conditions as evidenced by the fact that Ireland’s best-selling car in 2019 and 2020 is the Toyota Corolla hybrid . In terms of other powertrains, 12 per cent of survey respondents said they’d choose full-electric, 25 per cent said they’d opt for petrol, 33 per cent said diesel, while six per cent indicated they would most likely purchase a plug-in hybrid.

In a more detailed pre-Covid-19 omnibus survey of 1,900 people in February, also conducted by iReach, Toyota once again proved to be the car brand getting more accolades than any other, coming in as the number one brand for resale value, build quality, price, lowest fuel consumption, most trusted car brand and leaders in hybrid.

Commenting on the survey results, Steve Tormey, Toyota Ireland CEO said: “Undoubtedly the last few months have been extraordinarily difficult for Irish people however it has been inspiring to see how resilient we are as a nation as we work through the phases and challenges presented to us.

“We at Toyota are very much heartened to see the continued support for our brand in Ireland as evidenced by the strong iReach research results. As a brand, we strive to be an integral part of Irish society and the lives of the customers we have served for nearly fifty years. We intend to continue to support the country under our ‘Built for a Better World’ brand promise into the future, and pave the way towards a more sustainable world and a zero emissions motoring environment.”