The new Mercedes-Benz Actros has won the Irish Truck of the Year 2013. It was judged under the headings of innovation, comfort, safety, driveability, fuel consumption and emission reduction.

After David Spence, Chevron, Lubricant’s Marketing Manager  presented Fergus Conheady, Sales Manager Mercedes-Benz Commercial Vehicles Ireland with the award, he said: “We are delighted to have received this prestigious award from the Irish Truck of the Year jury for our New Actros. This award has confirmed our belief that we have created a truly revolutionary vehicle. The New Actros is the most fuel-efficient truck Mercedes-Benz has ever built.”

The Actros had previously won this award in 2004 and the MP3 version also won in 2009 for Mercedes-Benz. 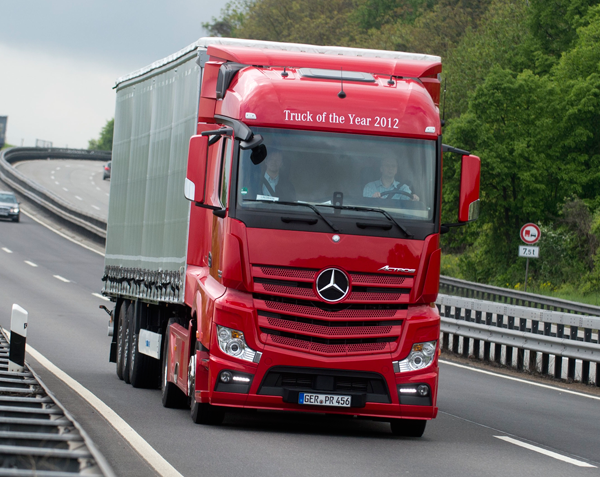