Volkswagen has managed to strip even more weight out of the Golf in the transition from Mk 6 to Mk 7 than Audi managed with the switch to the latest A3, even though the Audi has an aluminium bonnet and front wings and both cars are based on common vehicle architecture.

Weight reduction is a major weapon being used by the two brands to help reduce fuel consumption and emissions. VW says that nearly a quarter of the fuel a car uses can be attributed to how much it weighs.

The new Golf, which goes on sale here in three- and five-door form December, is up to 100 kg lighter than the last one, while the weight-saving with the three-door A3 is as much as 80 kg. 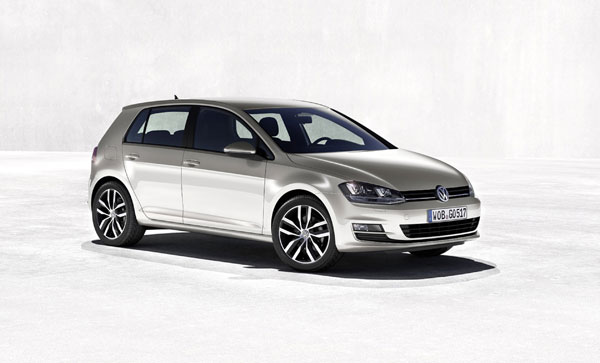 The Audi is still the lighter of the two, however, with a kerb weight which starts at 1,175 kg. The lightest Golf comes in at 1,205 kg and has a smaller engine and less equipment.

VW shunned the use of expensive aluminium and magnesium to make the Golf lighter because it wanted to keep prices down. In Ireland the entry level price of the range is €19,995 for the Trendline 3-door 1.2 TSI (petrol) and €22,695 for the ‘Trendline’ 1.6 TDI (diesel) 3-door.

VW’s weight-saving measures include taking 37 kg out of the body and trim through greater use of light ultra high-strength steels and even stripping 2.7 kg out of the air conditioning system; new engines which are up to 40 kg lighter than the old ones; 26 kg savings in the suspension, steering and brakes; and a 6 kg lighter electrical system. The entry-level 1.2-litre TSI model even has a simpler rear suspension system than the rest of the range which saves 11 kg.

Volkswagen estimates that, taking projected sales of one of the most popular mainstream petrol models and assuming an annual mileage of 10,000, its efforts will save 31.5 million gallons of fuel a year.