Not long after the C5 Aircross was revealed, Citroen is stepping up its offensive in the SUV segment with the New C3 Aircross, its “new-generation” compact SUV with an assertive personality. 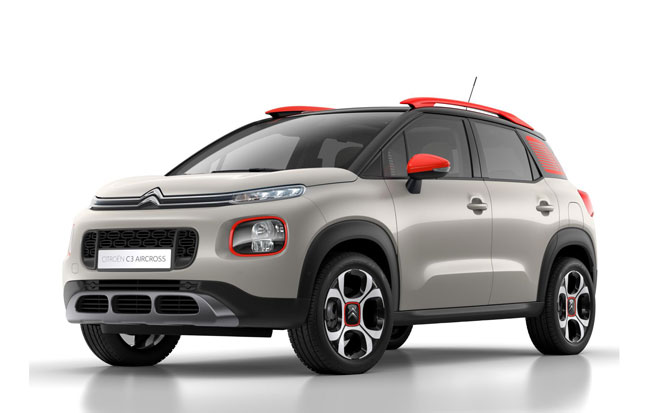 Citroen says that its unique body styling and its generous forms lend it a powerful and fresh attitude. And a personality strengthened by extensive personalisation possibilities, with 90 exterior combinations and 5 interior design scheme choices.

It says that it was inspired by customers expectations, this “people-minded “ SUV features unrivalled spaciousness and modular design and is reaching outwards thanks to its opening panoramic glass sunroof.

As ambassador of their “Advanced Comfort” programme, Citroen claim that the C3 Aircross brings total well-being on board and an extraordinary at-the-wheel experience.

It adds that it is equally at ease in the city and out on the open road, the new model’s adventurous abilities have been enhanced with the ‘Grip Control’ and ‘Hill Assist Descent ‘systems. And Citroen says that it is also equipped with modern technologies including 12 driver assistance systems such as the head-up display and four connectivity technologies such as wireless charging for smartphone.

The New Citroën C3 Aircross Compact SUV will be launched in Europe in second-half 2017 then rolled out internationally.