Despite only driving his newly acquired Formula 3 Dallara for the first time, Clare driver Sylvie Mullins scored a double in the two fastest races of the weekend at the MEC two day meeting at Mondello Park. The former Irish Hillclimb champion narrowly beat his Limerick rival Paul O’Connell in both races, with less than a second between them at the finish each time.

Lee Newsome and Colm Blackburn had another of their close duels in the first Formula Vee Championship race until mechanical problems forced Dubliner Blackburn to retire, but he got his revenge in race two with a clear win, while Newcome couldn’t repeat his earlier victory, finishing fourth. 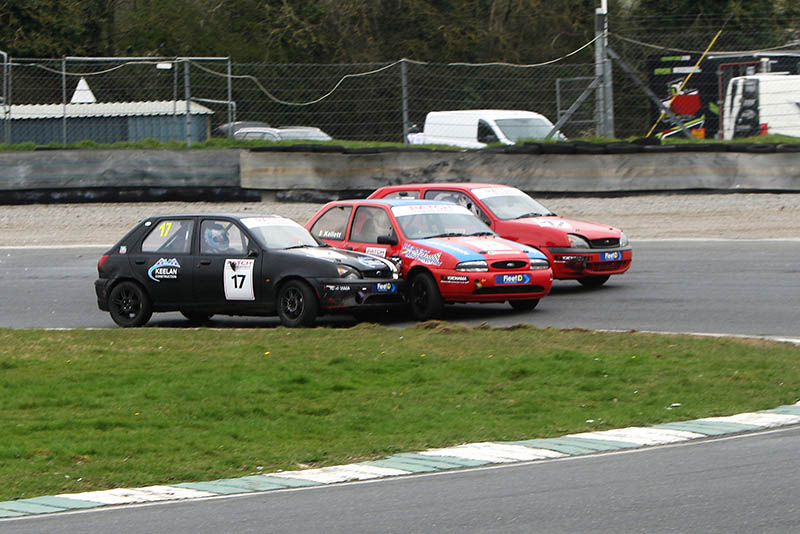 The 2018 Patch Tyre Equipment Fiesta Zetec Championship reached its half way point as the championship raced on the reversed Mondello Park National Track. The budget saloon racing series served up some quality racing with series leader Owen Purcell made to work hard for two wins which have extended his advantage at the head of the field.

Brothers Eoin and Niall Murray, both former Young Driver of the Year Award winners, shared a Seat Leon to top place in the Open Endurance Race, finishing 15 seconds clear of runner up Rod McGovern in a similar car after almost an hour’s racing.

The Cavan-Monaghan combination of Jonathan Pringle and Paul Sheridan took top place ahead of last year’s winners Enda O’Brien and John Butler in the Laois Heartlands Mini Stages Rally at Portlaoise, with just four seconds separating their Ford Escorts at the finish.