The Mondello Truck Show, which took place last weekend has been branded a great success by the organisers and visitors alike.

The return of the 2013 running of ‘The Festival of Trucks’ was full of fun and fervor – just like the old days. “It was like the 10 year gap between events never happened,” said one enthusiastic visitor to the two day show at Mondello Park. 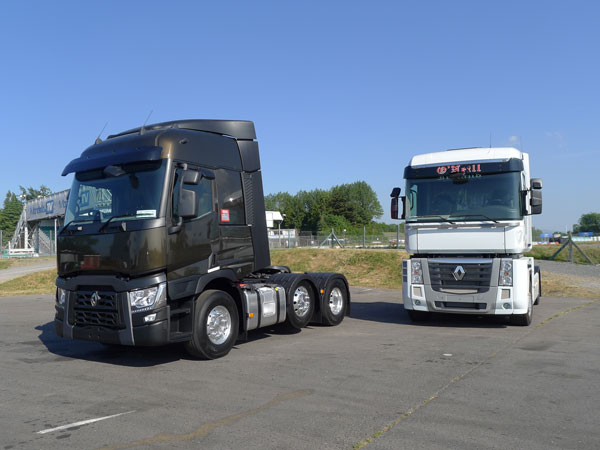 Business and pleasure was presented in equal measures as the Trade Stands in the Paddock area dovetailed with the numerous on-track activities to provide interest and entertainment for all the family.

Major truck brands such as Mercedes-Benz, Scania, Renault, Volvo and Iveco, Isuzu and Hino from the Harris Group were on display along with parts and component suppliers and merchandise stalls.
Among the new models premiered were the new Renault Range T, Scania Streamline and Volvo FM Series. The big attraction on the Mondello circuit was the return of the British Truck Racing Championship contenders which thrilled the audience in the Grandstand and along the Infield sections for the Demonstration races. Other competitive action was provided by Time Attack Sprint races, Stop & Go, Fastest Courier, Drift Demo and Motorbike Stunts, which makes the Mondello Truck Show like no other.

All around the International circuit, trucks of all shapes and sizes were lined up by their proud drivers and fleet owners. Much time was spent cleaning and shining their working vehicles to enhance their award winning prospects. The main prize up for grabs was the Top Truck Award which was won by Trevor Ratcliffe’s Volvo FH16.750. The adjudication panel was impressed with the high standard of the trucks especially the older models that have chalked up big mileage.  Winners of the other much sought after prizes are listed below as are the results of the track action competitions.