Mondello Park has announced that the penultimate event of the 2019 ‘Parts for Cars’ Irish Rallycross championship will now not take place. It was scheduled to run at the Kildare circuit this weekend, October 19-20.

The decision to cancel the championship double header, which has been taken “reluctantly” by the circuits management, was brought about by continuing low levels of entries for Rallycross events, despite exhaustive efforts to breathe new life into the championship by Mondello Park, Motorsport Ireland and a number of other parties. 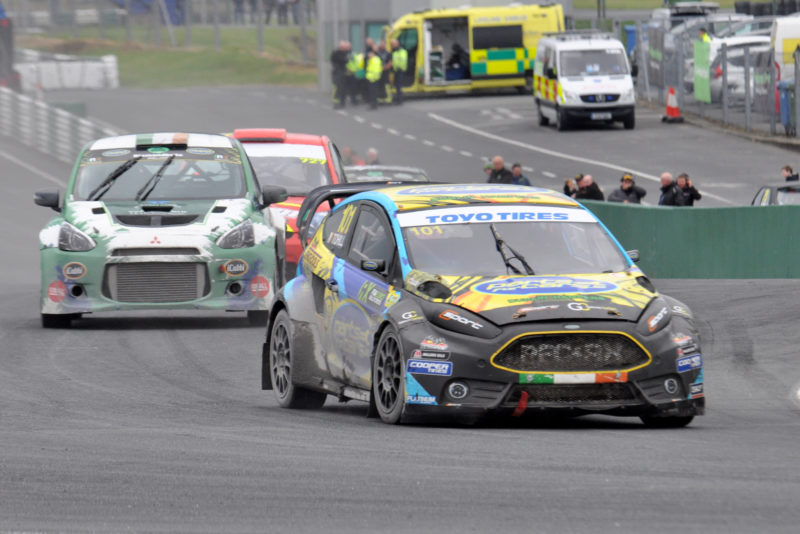 In recent times, entry numbers had fallen below the threshold to make Irish Rallycross events financially viable, but the circuit had stuck with the championship in an effort to see it return to its glory days. This weekend’s entry however, was just too low for the championship event to go ahead. The Motorsport Ireland Rallycross Commission will meet next week to make a decision on the final event of the season, which is due to take place in late November.

Speaking about the cancellation, Mondello Park managing director Roddy Greene said: “It’s always very disappointing to have to cancel any event. We’ve been working hard with Motorsport Ireland to try and revive Rallycross over the last couple of seasons and this makes it even more disappointing to have to take the decision to not run this weekends event.

“It’s difficult to see where Rallycross goes from here and it will be up to Motorsport Ireland and their Rallycross Committee to decide that. We will support them wherever we can and hope that we can see a return to Mondello Park by the Irish Rallycross Championship in the near future.”