Mazda Ireland has had its best first quarter since 2008, sales figures confirm. Similar to Connacht Rugby, for which Mazda Ireland is a key sponsor, they are have a wonderful year. 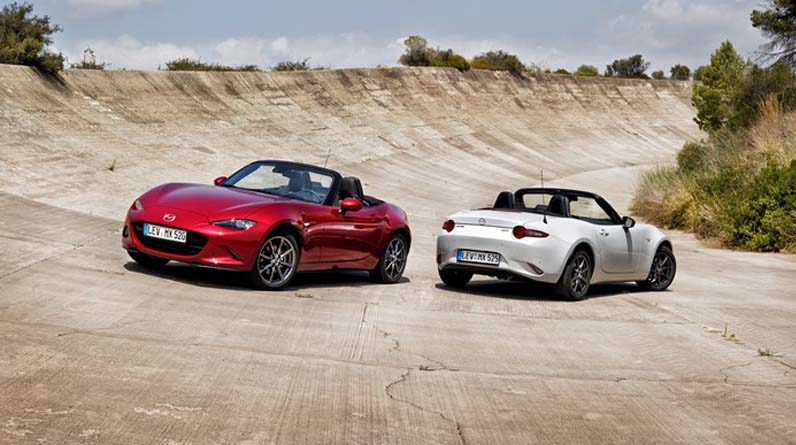 Remarkably, sales on March 31 almost equalled full annual sales in 2014 which is testament to the new 6th generation product line up Mazda completed last year with the addition of the all-new Mazda2, Mazda CX-3 and Mazda MX-5 – recently crowned World Car of the Year.

The performance experienced by Mazda Ireland was excellent as quarter one sales figures show an increase in growth by 54 per cent compared to the same quarter last year. With the industry growth at 28 per cent, Mazda has proved to be one of the fastest growing automotive brands in Ireland YTD, an outstanding achievement in an increasingly competitive market.

The end of quarter one also marks the end of the fiscal year for Mazda and despite their heavy investment in refreshing the Mazda retail network and an increase in head office staff Mazda has also successfully hit profit targets solidifying proof of the companies thriving success story.

Mazda’s success extends beyond Irish shores as the good story is shared with Mazda Europe who has increased sales volume by 27 per cent in comparison to the previous year.

Mazda says that demand for its 6th generation range is snowballing as drivers become aware of the quality and eye catching design of the vehicles which is validated not only by the countless positive reviews but also the awards tally that keeps stacking up.
Not only did the all new Mazda MX-5 win the prestigious World Car of the Year Award as well as the Design Car of the Year Award at the recent New York Motor Show, it has taken home the gold for 2015 Japan Car of the Year, Best Roadster in the 2015 Auto Express Awards and the 2016 What Car Best Convertible Award, just some of the 30 awards won in recent months.

To add to the ever impressive Mazda range, the new Mazda MX-5 RF (retractable fastback) was unveiled for the first time at the New York Motor Show. The car was presented in the new Machine Grey premium metallic paint and stunned the world with yet another head-turner to be launched in the Irish market in 2017.

Tony Howarth, Managing Director Mazda Ireland said: “I am extremely pleased with the way 2016 has begun for Mazda. We launched a new 1.5 diesel variant into the Mazda3 range in January which completed our 6th Generation line-up after launching 3 all-new models and 2 heavily facelifted cars over the past 12 months.”

“Mazda now has the freshest range in the industry and our Q1 performance highlighted that with 53% year on year growth, consumers recognise Mazda offers an exciting alternative to traditional mainstream and even premium brands in Ireland.”