Mazda has brought two special highlights to Geneva – the Mazda RX-VISION, an award-winning rotary sports car concept, and the lowest-emission Mazda3 yet to be offered in Europe – alongside its complete European model line-up.

The RX-VISION concept making its European debut in Geneva is the brand’s latest visualisation of an exhilarating driving machine. Featuring a unique interpretation of Mazda’s KODO design philosophy, which aims to capture the very soul of motion even when the vehicle is stationary, the RX-VISION’s ground-hugging shape is only possible because of the compact nature of its SKYACTIV-R rotary engine. 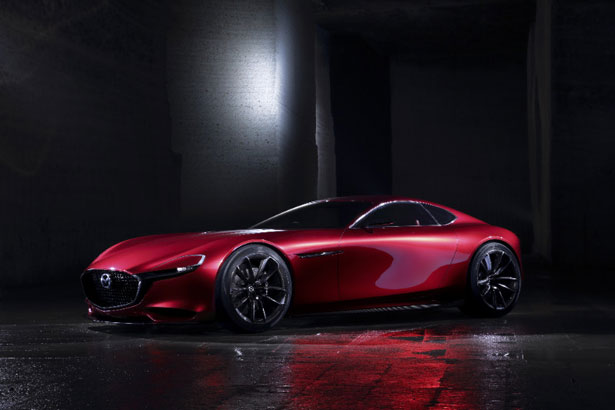 Named Most Beautiful Concept Car of the Year in January at the Festival Automobile International in Paris, the RX-VISION demonstrates Mazda’s commitment to lightweight rear-wheel drive sports car perfection as well as rotary power.

The carmaker has also added its most frugal engine – the SKYACTIV-D 1.5 – to the powertrain line-up of its stunning Mazda3 compact. Featuring extreme compression like all SKYACTIV engines, the 105PS clean diesel puts out 270Nm of maximum torque with combined cycle fuel consumption of only 3.8l/100km and CO2 emissions under 100g/km.

New on the SKYACTIV-D 1.5, which is currently offered with the Mazda CX-3 and Mazda2, is a “Natural Sound Smoother” that further subdues diesel knocking by absorbing vibrations at the pistons. Already available in Ireland, this new Mazda3 version is slated to go on sale in the rest of Europe in spring. Demand for Mazda’s current generation line-up – also on display at the carmakers stand (#5150 in hall 5) – continues to grow unabated. January sales increased 33.5% year-on year in Europe, as Mazda raised its market share to 1.8% from 1.4% in January 2015 and 0.9% in the same month in 2012.