The death has occurred of John Nash, formally of Nash Bros.  Motor Factors in Limerick. 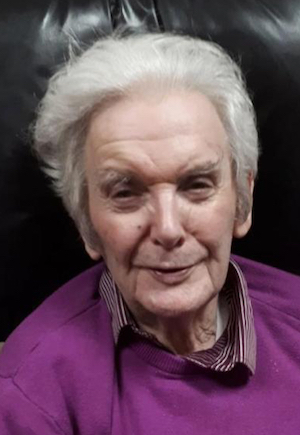 Lest we forget the past and some of the great practitioners of the motor factor business in Ireland, it was with sadness that we were informed of the passing of John Nash, formally of Nash Bros.

John was acknowledged by many in the industry as one of the  pioneers of the motor factor trade in Ireland. He was a really great  salesman and thought of as a true gentleman by all who knew him.

He is pre-deceased by his brothers Jimmy (who passed away last year) and Pat, who were also his business partners.

He was probably best know as a major distributor of Dagenite  batteries in Ireland back in the 1970’s, ’80’s and ‘90s. Like Dagenite, John was known as reliable, trusted and a proven name.

Originally from Knockeen, Boher, Co. Limerick and late of  Clogkeating, Patrickswell, John passed away on Wednesday last,  peacefully in the care of the dedicated staff of Belmont Nursing  Home, Stillorgan, Co. Dublin.

John is mourned by his beloved wife Eileen, loving son and daughter, Patrick and Miriam. He will be also sadly missed by his  sisters Bridie and Kathleen, son-in-law John, daughter-in-law

Shirley, grandchildren and their extended family. Our sincere condolences to all John’s family and his many many friends.

In accordance with current Government guidelines and in the hope of keeping their friends and family safe, John’s funeral will  take place privately. All donations please to The Alzheimer