In case you missed this article on Independent.ie – it’s worth reading about how the future in Ireland for cars is electric and electric alone. The Government is sticking to its plans to have only new electric cars on sale here by 2030, it insisted yesterday. That means, as things stand, new hybrid vehicles would not be permitted to be sold from that date.

The Irish Independent’s revelations some weeks back highlighting that decision led to claims from some observers that Environment Minister Denis Naughten (pictured) was flying a kite about excluding hybrids from the zero emissions era, which is just 12 years away. 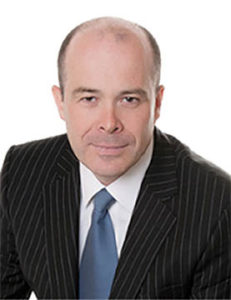 In an interview with this paper he said there would be no need for hybrids. He believed electric vehicle technology alone would be well able to cope with, and meet, needs.

When contacted about it again this week, a spokeswoman for Mr Naughten insisted that the minister was merely emphasising what the Government had already announced last November.
“And they’re sticking to it,” she added. “Zero emissions only by 2030 – that’s 12 years away but that is the plan.”

She supplied Motors with a press release from last autumn, which read: ‘Ministers Naughten and Ross reaffirm commitment to electric vehicle transition. Working to ensure all new passenger cars sold in Ireland from 2030 onwards will be zero emission vehicles.”

The critical factor, however, and the one that gave rise to outcry in some quarters, was Mr Naughten’s emphasis, in his interview with this paper, that cars and vans that are zero emission-capable (hybrids, plug-ins, etc) as opposed to pure zero emissions, would be excluded under the 2030 criteria.

He told Motors he was convinced electric vehicles alone – stress alone – would be sufficiently advanced by 2030 to cope with everyday demands (range, availability, charging network, etc).

He insisted he was “pushing for there to be nothing only new electric cars sold from 2030”.

As part of the transition from fossil fuel to electric only, Mr Naughten said the Government might consider the possibility at some future date of introducing a scrappage scheme for petrols and diesels as part of the incentive to shift towards buying an estimated 125,000 or so new electric vehicles every year.