Ford Motor Company has revealed the new Kuga – offering customers a more technologically advanced, refined and sportier redesign of one of Europe’s favourite sport utility vehicles – for the first time at a European motor show. 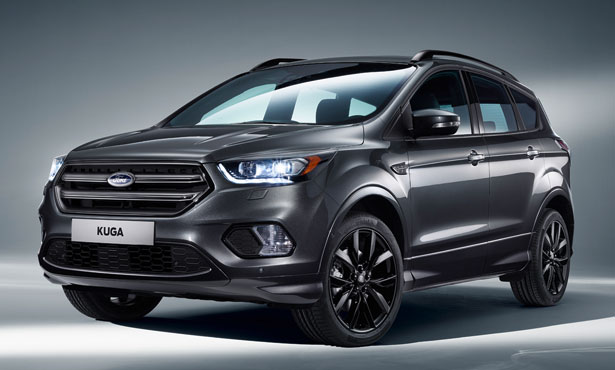 “New Kuga offers cutting-edge new features and technologies that will help drivers stay connected, comfortable, safe and stylish on the road,” said Joe Bakaj, vice president, Product Development, Ford of Europe. “The sophisticated redesign has given Kuga a fresh and modern feel, while SYNC 3 enables drivers to communicate with their vehicle and connected devices in seamless ways that would have seemed impossible just a few years ago.”

Ford is launching the new Kuga and the larger Edge SUV this year, after introducing an updated EcoSport last year. Ford is bolstering its SUV line-up just as it has been predicted by industry sales analyst IHS that sales in the SUV segment are poised to increase to 27 per cent of all vehicle sales in Europe by 2020.

New Kuga and the Edge are among five all-new or redesigned Ford vehicles that will compete in the SUV and crossover space in the next three years.

Kuga spearheaded the company’s SUV expansion for Europe after first going on sale in 2008 and sales are now at the highest level since it was launched with three times as many sold compared with five years ago. Sales increased to a record 32,936 in 2015 – up by 35 per cent compared with 2014*. Ford expects to surpass 200,000 SUV sales in Europe for the first time in 2016 – a growth of more than 30 per cent compared with 2015.

“Ford is delivering a European SUV line-up that offers the stylish design, car-like dynamics, and sophisticated technologies that consumers desire,” Bakaj said. “Demand for SUVs is stronger than ever, and Ford is expanding its range to offer everything from rugged models with true go-anywhere ability to sporty models designed to suit urban lifestyles.”