1,129 electric cars have been registered in Ireland so far this year, and when compared to registrations for the entirety of 2018 (1,233), it looks as though that figure could double before year end.

According to official statistics released by the Society of the Irish Motor Industry (SIMI), the total new electric car registrations for February alone were 330, which is over four times more than February 2018 (72).

Mr Richard Bruton, Minister for Communications, Climate Action and Environment said: “The record growth in electric vehicles sales in 2019 demonstrates the willingness of Irish consumers to embrace the change to a low carbon future. The Government is playing its part with a wide range of incentives supporting the purchase of electric vehicles and an investment of €10m in a significant expansion of the public charging network. The environmental benefits, longer range and low running costs of modern electric vehicles make them a viable option for all consumers. I would encourage all those purchasing a new car to play their part in making Ireland a climate leader and choose to drive electric.”

Commenting on the overall figures Brian Cooke, SIMI Director General Designate said: “With Brexit looming, new vehicle registrations continue to be negatively impacted across nearly all of our Industry. However, the one exception is the sales of electric vehicles, which increased by 542 per cent this year compared to last year, and by the end of this quarter we will have sold more, new EVs than in the whole of last year. This increase is a result of a concerted effort by all stakeholders; by the Industry in supplying more, new EVs with greater travel range; by the Government through the generous taxation and other incentives; and by SEAI with their grant scheme. Ireland’s transition to a zero emitting fleet will take a number of years to happen, but the co-operative approach by the Industry and the State thus far bodes well for the future.” 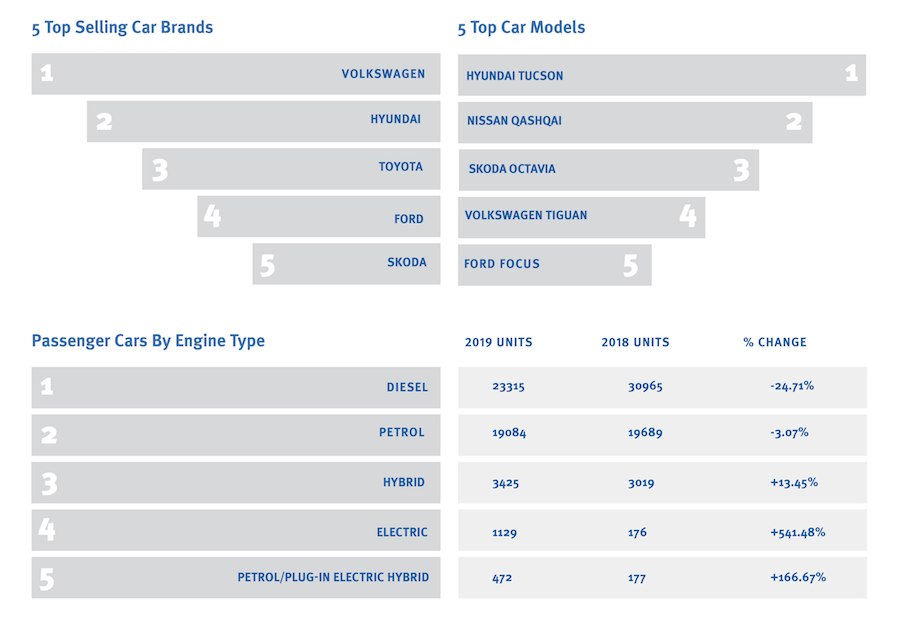 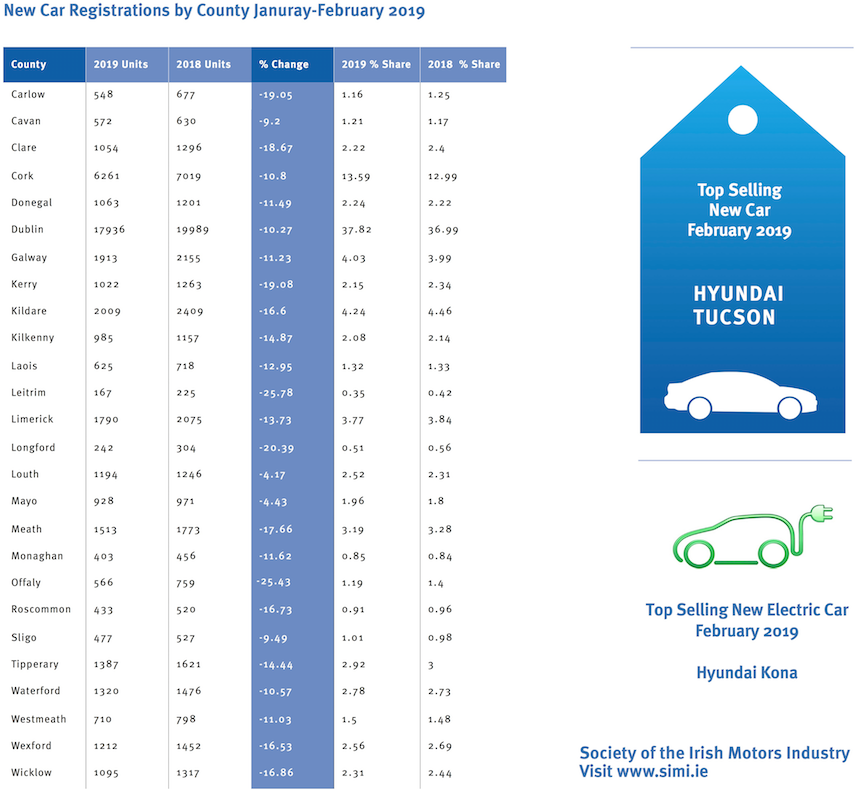