Euro NCAP has launched Euro Rescue, a new resource for all emergency responders in Europe.

Today, car safety is not only about occupant protection and promoting driver assistant systems but also concerns better post-crash safety. As vehicles have become tougher, more complex and alternatively powered, it has become increasingly crucial that first responders know what they can and can’t do at the scene of an accident. 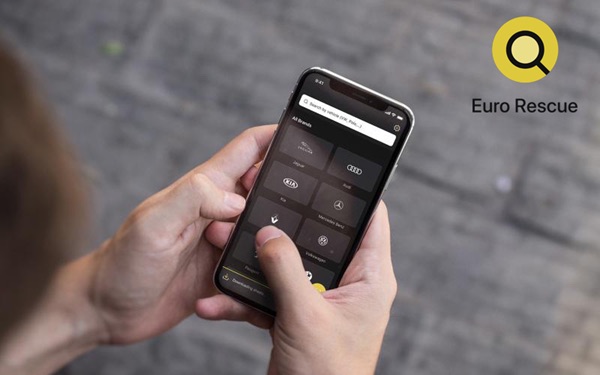 Intervention within the golden hour is critical and rescuers need quick and straightforward information regarding the construction of a vehicle to help safely remove persons from the wreck. For this reason, car manufacturers make so-called “Rescue Sheets” and “Emergency Response Guides” available.

A Rescue Sheet is a standardised summary page containing all the crucial information rescuers need to carry out occupant extrication quickly and safely. This includes the location of components (e.g. airbags and pre-tensioners) and high-voltage electrical cables and batteries, all of which could present a hazard to trapped occupants and to the rescuers themselves.

Euro NCAP has, together with The International Association of Fire & Rescue Services (the CTIF), centralised the manufacturers’ rescue sheets in a new app, ‘Euro Rescue’. The app can be downloaded freely and is available for Android & iOS. It can be used both online and offline, allowing rescuers to access the information even when there is little or no network coverage at the scene of the crash. For all cars assessed from 2020 onwards, Euro NCAP will verify the content and share ISO-compliant rescue sheets and emergency response guides for new energy vehicles, via the new app.

Euro Rescue is launched in English, French, German and Spanish. From 2023, the app will be available in all European languages. The use of the app is not restricted to Europe: the Australasian New Car Assessment Program, (ANCAP SAFETY), the region’s independent vehicle safety authority, also launches its app ‘ANCAP Rescue’ based on Euro Rescue.

Pierre Castaing, president of Euro NCAP said: “As planned in our 2020-2025 roadmap published in 2017, Euro NCAP has added tertiary (post-crash) safety in its 2020 rating. This Euro Rescue application, the result of joint work between manufacturers, fire and rescue services and Euro NCAP, is the first visible result of the progress that can be made in terms of tertiary safety; others are to come.”