The European Parliament has officially approved the EU’s trade agreement with Japan, the largest bilateral trade deal ever negotiated by the EU, which will come into force on February 1, 2019.

The Economic Partnership Agreement between the EU and Japan will remove almost all custom duties adding up to €1 billion annually for EU companies. The agreement was approved by 474 votes to 152 with 40 abstentions on Wednesday, December 12.

“There are rising concerns about protectionism, but I want Japan and the EU to lead the world by bearing the flag of free trade,” said Japanese Prime Minister Shinzo Abe.

So who is set to benefit from the EU’s trade agreement with Japan?

The main beneficiary of the agreement will be Japanese cars, with auto makers Toyota, Nissan, Suzuki and Mazda about to see a 10 per cent tariff removal on all its cars.

Japanese auto parts makers Denso, Aisin Seiki, and Jtekt will also reap the benefits as tariffs on auto parts will fall by three per cent. 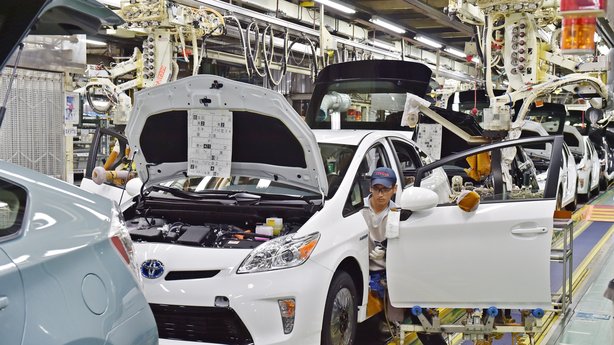 Pedro Silva Pereira, the rapporteur in charge of the trade agreement said: “Today’s approval is a key milestone for fair trade based on rules and values, amid rising protectionism. The agreement will help promote high standards and strengthen sustainable development in trade policy. The European Parliament is sending a very progressive message and will continue to do its part, so that the biggest EU bilateral trade agreement truly works for both citizens and businesses.”

The chair of the trade committee, Bernd Lange added: “The European Parliament’s answers to the challenges of globalisation are cooperation and global standard setting. We firmly reject inward-looking protectionism and nationalist tendencies – they will not solve the pressing problems we are facing, but only drive us further apart. It will be crucial to swiftly implement the accord and involve civil society at every step to ensure that the agreement benefit workers and citizens.”

Japan has already ratified the agreement. After the endorsement of the trade deal by the European Parliament, the Council is set to give its final go-ahead on December 21, allowing the agreement to come into play on February 1 next. For the strategic partnership agreement to enter into force, all member states have to ratify it.

The EU-Japan Economic Partnership Agreement, signed on July 17, 2018 creates a trade zone of 600 million people, and covers a third of global GDP and about 40 per cent of global trade.

Negotiations for a separate investment protection agreement with Japan to set up a mechanism to solve disputes, to ensure equal and fair treatment of EU foreign direct investment in Japan and vice versa, are currently ongoing.

In addition to the trade deal, the EU and Japan also signed a Strategic Partnership Agreement, which extends cooperation to areas such as energy, education, research and development, development, and the fight against climate change and terrorism. The European Parliament is required to give its consent to this agreement too.