Opel has scored a resounding victory in the 25th “Auto Zeitung” readers’ choice awards. The new chic, urban ADAM conquered their hearts and won the popular “Auto Trophy” in the city car segment. At the same time, the Opel Ampera has now completed a hat-trick after the revolutionary saloon emerged as the winner in the electric vehicle category. The Opel Mokka was also voted a runner-up (third place) in the class of affordable SUVs under 30,000 euro. More than 110,000 participants who took part in this competition open to the general public chose their favourites in thirty different categories. Four-hundred vehicle models could be selected by the voters. 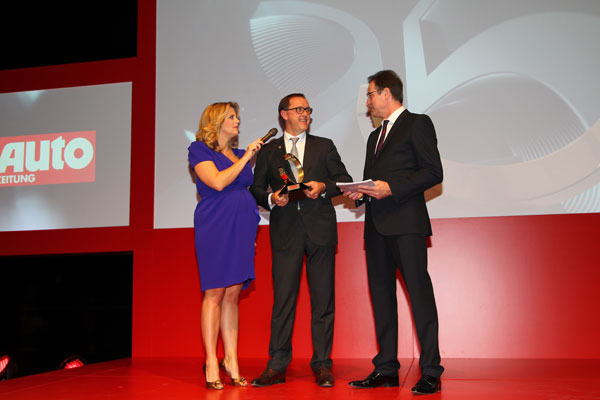 The charming ADAM has taken the automotive scene by storm and won by a wide margin against its main competitors in the newly created city car category. With 30 percent of the votes cast, ADAM consigned the VW Up and the Skoda Citigo to second and third place (26.3 and 8.9 percent respectively). The Ampera, which has established itself as a serial winner, also scored a convincing victory. It beat premium segment competitors such as the Mercedes SLS AMG electric drive (15.2 percent) and the Audi R8 e-tron (14.9) with a margin of at least four percent.

Vice President Strategy, Dr Thomas Sedran accepted the awards on behalf of Opel in the presence of 250 guests at the Duesseldorf Classic Remise. Sedran was delighted by the Opel’s best performance at the Auto Trophy award for a decade

“Our winning cars, ADAM, Ampera and the Mokka, represent three strong personalities that really stand out from the crowd. All the three are of strategic importance for Opel because they are representative of forward-looking mobility which is not just environmentally sound but is fun and makes innovative technologies affordable.”