Dacia Ireland has unveiled the Dacia Sandero due to hit Irish roads in November.

With the Dacia Duster already shaking up the Irish motor industry, the new 5-door Sandero is set to follow in its footsteps when it lands here later this year. Be prepared for another shockingly affordable car….

The Sandero, the second Dacia model to arrive in Ireland will be available in showrooms at the end of November 2012. It will come with two levels of equipment and price and spec will be released at the end of October. 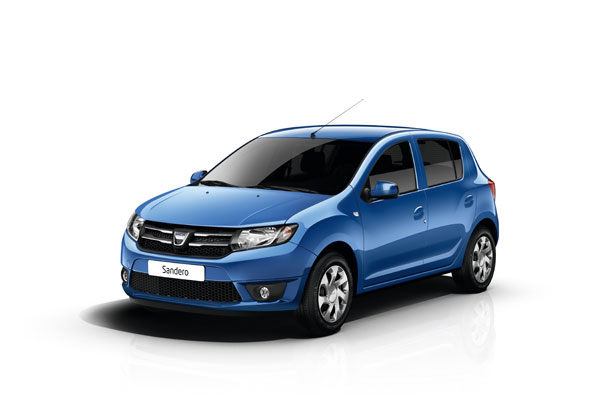 Dacia’s Duster, unveiled here only two months ago, has already seen over 1,000 people test drive the family crossover and with prices starting from €14,990 with a diesel engine 110Bhp in Band B, many customers have already paid a deposit to make sure they don’t miss this fantastic offer and have their car delivered in early 2013.

Everything that Dacia does is centred on simplicity and eliminating the unnecessary. Its model range in Ireland will include the Duster, the Sandero Hatch, Sandero Cross-Over and Grand Sandero launching later in 2013, reflect this, giving customers the ability to buy exactly what they need and nothing more.

Julien Lelorrain, Marketing Director, Dacia Ireland said: “The Sandero will be once again be shockingly affordable for a car in its class. Dacia is all about the smart buy and will change the way people think about buying cars. The brand is generous, reliable, simple and smart and these are the reasons why it is the fastest growing brand in Europe”.

The new Dacia Sandero marks the introduction of new, more assertive, status-enhancing design cues at Dacia.  To win over the confidence of the brand’s customers, Dacia vehicles are engineered to be durably reliable. Like the rest of the Dacia range, New Sandero benefits from a three-year or 100,000-kilometre warranty.