Transport News Brief is reporting that the automotive industry is using the 21st United Nations Climate Change Conference (COP21) in Paris to show off its latest environmental initiatives.
The Renault Nissan Alliance has been particularly active, and Renault Trucks has presented two new commercial vehicles at the conference – a fuel-cell 4.5-tonne electric delivery van and a 16-tonne electric Range D truck. 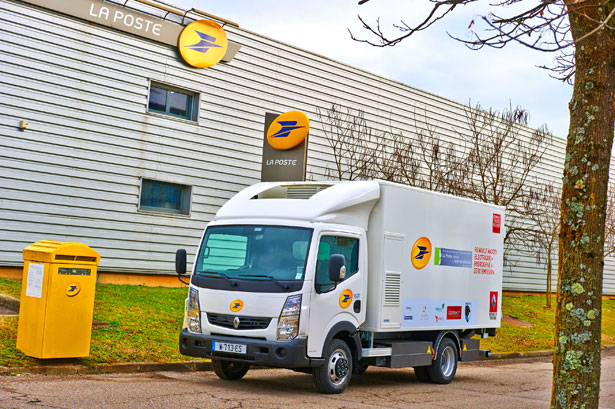 The hydrogen fuel-cell powered Maxity Electric van has been in use with La Poste since February 2015, and has an operating range of 120 miles. This range, combined with refueling times comparable to diesel or petrol vehicles, allows the vehicle to overcome the limitations of battery-powered electric vehicles for commercial use.

The electric Range D truck has been undergoing real-world testing for the past 18 months, undertaking nightly deliveries for perfume and cosmetics company Guerlain to its boutiques in Paris. The electric Range D has a delivery route of 120 miles, which it achieves through partial battery charging during stops and carefully planned routing for regeneration and acceleration requirements. 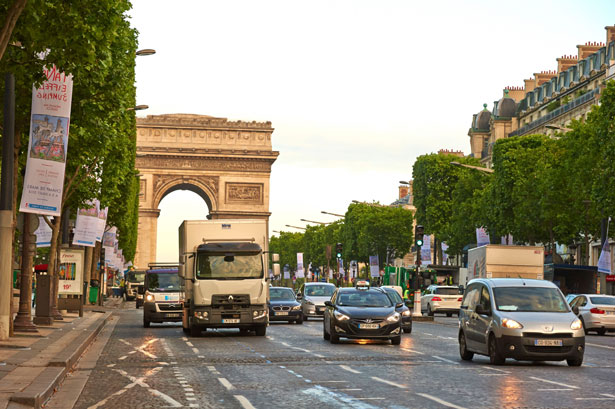 Renault Trucks has been testing several different technologies under actual operating conditions, and aims to have a cost-effective zero-emission solution for urban environments in series production by 2020.

The Diesel Technology Forum has also been campaigning at COP21, highlighting the benefits of the latest generation of diesel engines.

Allen Schaefer, DTF Executive Director, said, “Diesel engines have emerged as the fuel-efficient technology of choice for the global economy, moving the overwhelming majority of people and goods in every corner of the world.

“Beyond commercial trucks, diesel engines are also the primary technology for building transportation and public infrastructure, and the power behind most farm tractors and machines that help feed the world.

“A leading strategy in climate commitment is reducing CO2 emissions from passenger and commercial vehicles. More efficient and lower-emissions technologies such as clean diesel must play a more significant role if the world is to achieve these reductions.

“New technology engines have reduced diesel’s share of particulate matter to near zero levels, helping to substantially contribute to slowing the warming of the planet.

“One of the next chapters in the clean diesel story is already emerging through the use of high quality renewable biofuels. In the US, cities such as San Francisco and Oakland have converted their entire public fleets to run on renewable diesel fuel, reducing CO2 emissions by more than 80% almost overnight.”