The ‘ultra’ badge which already marks out the model offering the most exceptional economy and the most scrupulously controlled emissions in five Audi ranges has now reached the A3 compact hatchback. 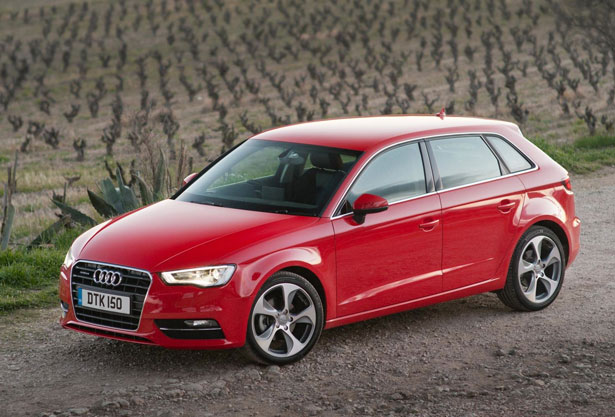 The new Audi A3 1.6 TDI ultra models combining 83mpg capability with emissions of just 89g/km join the A3 range this month alongside new 1.6 TDI quattro and 2.0 TDI quattro 150PS variants.

The new A3 and A3 Sportback 1.6 TDI ultra models combine 83mpg capability with emissions of just 89g/km, and form part of an expanded 2016 Model Year A3 line-up that also brings quattro all-wheel-drive within even easier reach of prospective owners. All should be available from late summer.

With optimised aerodynamics and advanced lightweight construction that has helped it to tip the scales up to 80kg lighter than its predecessor the A3 provides the perfect foundation for an ultra model.

To create the A3 1.6 TDI ultra, the final drive ratio in the standard six-speed manual transmission working with the EU6-compliant 1.6 TDI engine has been modified, lowered sports suspension has been incorporated and special tyres have minimised rolling resistance.

Whether in three-door or five-door Sportback form the new 110PS variant, equipped exclusively with six-speed manual transmission, is capable of covering up to 83.1mpg according to the combined cycle test, equating to CO2 output of just 89g/km. The three-door version needs 10.5 seconds to reach 62mph from rest, closely followed by the Sportback at 10.7 seconds, and both models top out at 124mph.