The new Citroen C1 arrives in showrooms in Ireland this August. With a cheerful personality, attractive styling and impressive efficiency, the new C1 delivers an upbeat response to today’s urban mobility requirements and reflects the bold renewal of the Citroen brand. It will be priced from €10,995. 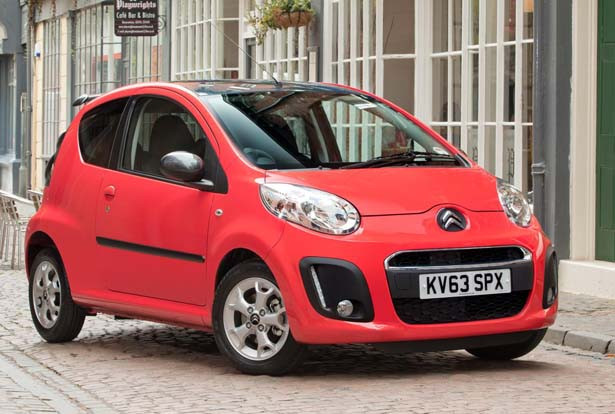 Meanwhile, the first generation Citroen C1 has been named the most reliable car up to three years old in the Which? Car Guide 2014/15, the UK’s biggest car reliability and satisfaction survey which ranked 283 models in total. With 49,023 car owners reporting on 58,055 cars, the Which? Car Guide collates real ownership experiences from both Which? members and the general public.

The Citroen C1 achieved the highest reliability score overall of 99.3%, compared to the survey’s lowest score, for cars up to three years old, of 75.2%. The model came top for reliability in the supermini category for cars of the same age, with none of the C1 owners surveyed reporting any time off the road during the period surveyed and an average annual repair cost of just 49p.

In comparison, the lowest score in the supermini category (cars up to three years old) was 82.2% with an average annual repair cost of £116 and an average 1.08 days off the road annually.

The impressive result coincides with the arrival of the New Citroen C1, which goes on sale in Ireland in August. The second generation of Citroen’s popular city car will build on the outgoing model’s reputation for providing fun and reliable transportation.

Frédéric Soulier, Managing Director, Citroen Motors Ireland, commented: “The C1 has proved a very successful model, selling more than 780,000 worldwide since launching in 2005. It’s brilliant to hear that owners continue to report a positive experience with their cars and we believe that the New C1 will continue to build on that reputation of providing reliable, accessible and enjoyable motoring.”