The data reveals that hybrid and electric car views on Carzone have increased by 53 and 106 per cent respectively year on year. 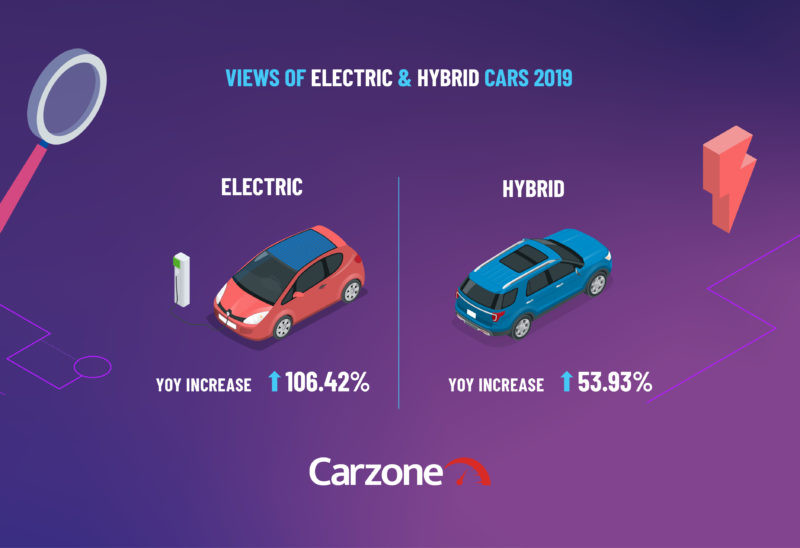 These statistics coincide with the Government’s recent commitment to increase the number of electric vehicles on Irish roads with the ‘Climate Action Plan’ which details Ireland’s plan to work towards a target of 950,000 EVs on Irish roads by 2030.

The Nissan Leaf is Ireland’s best-selling EV and has had the highest number of views on Carzone, above any other EV models, so far this year. Views for the Nissan Leaf on Carzone have increased by 19 per cent since 2018 (from 104,311 views to 123,818). The interest in the Nissan Leaf is set to increase further over the coming months with the launch of the new 62kwh Nissan Leaf that will provide a 385-kilometre range on a single charge. Nissan also claim the title of most viewed EV brand on Carzone for 2019 to date. Tesla is the second most viewed EV brand on Carzone with views of the Tesla Model S up four per cent on last year and the arrival of the its all-new Model 3 will likely spur further interest.

The BMW’s i3 is third on the most viewed EV list on Carzone, with the Renault Zoe fourth and Volkswagen’s recently updated e-Golf makes up the top five. 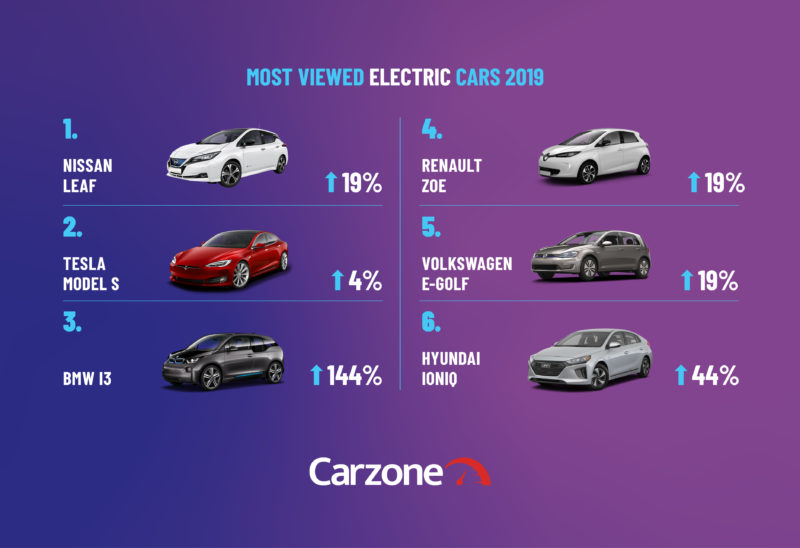 With high consumer interest in EVs, along with ambitious government sustainability plans, the demand for EVs will continue to increase in to next year, with a number of new EV launches forthcoming, including the Opel Corsa-e, Mercedes-Benz EQC, Peugeot’s e-208 and the Volkswagen ID.3.

The Mitsubishi Outlander Plug-in Hybrid has had an increase of 75 per cent in views since last year. It is the number one viewed hybrid car on Carzone for 2019 so far. Views of the Mitsubishi Outlander Plug-in Hybrid have increased from 63,402 in 2018 to 111,250 for the same period in 2019. With a growing number of these vehicles being advertised for sale, this large SUV is proving popular with family buyers transitioning from diesel and petrol models.

The Lexus IS300h is the second most viewed hybrid car for sale on Carzone in 2019, while the Toyota Prius rounds out the top three. 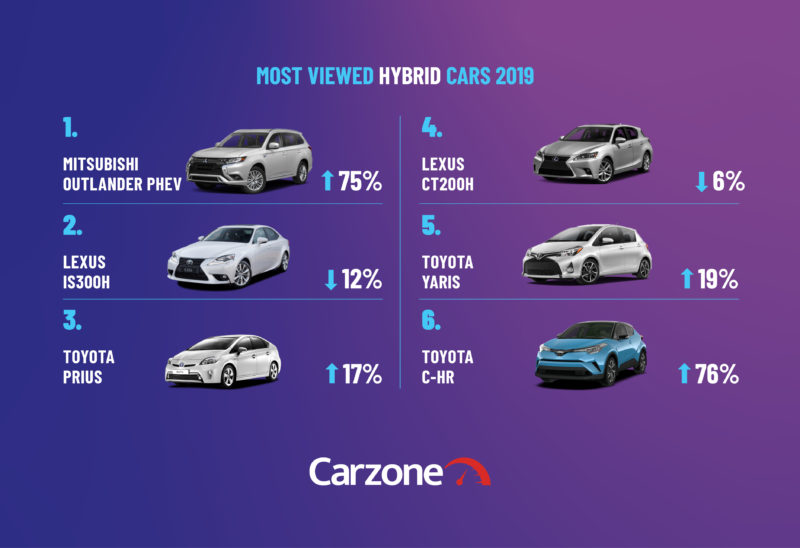 Karl Connolly, Audience manager at Carzone said that the 2018 Carzone motoring report showed that almost two thirds of Irish motorists were planning to make the switch to an alternative fuelled car soon.