The team at Bill Griffin Motors have received an award from CarsIreland.ie for selling the most used cars on the CarsIreland.ie website in the second quarter of 2014. 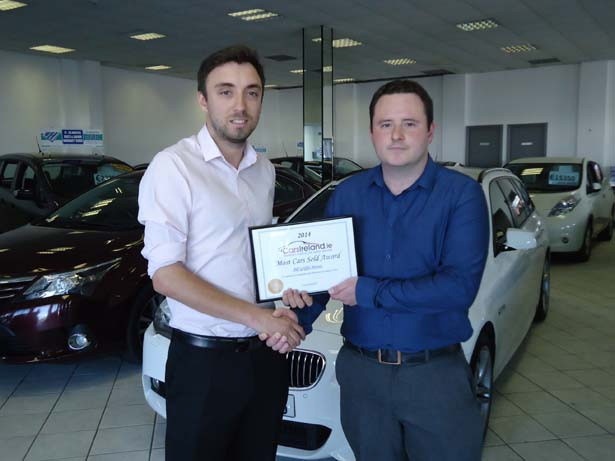 This was a great achievement for the Dublin based, family run business as CarsIreland.ie lists stock from over 700 car dealers across the country.

When asked about the secret to their success, Managing Director David Griffin said “Our prices sell our cars.  We sell at market value, not inflated prices.  It also helps that we’re an established business that has been around for three decades now.  People know that if they ever have a problem we’ll still be here a few months down the road.”

Commenting on the company’s achievement, Dublin Sales Manager for CarsIreland.ie Alan Stanley said: “While things have picked up considerably this year, it is important that car dealers understand that consumer demands have changed.  Stocking cars which are competitively priced, that deliver low running costs and adequate performance is the key.  Keeping up with the Joneses on the reg plate is not so important for consumers anymore.  Bill Griffin Motors understand this better than most dealers, and that is why they are so successful.”