Ever since the first Jimny made its debut in April 1970, it has been a masterpiece of Suzuki’s 4WD technology. It is the one and only authentic off-roader that is small and lightweight, but still retains the off-road performance desired by professionals.

Two decades have passed since the third generation model model made its debut in 1998, the Jimny has now evolved to its fourth generation in its nearly 50 years of history. It will be launched here in the first half of next year

The all-new Jimny now has even more functionality and practicality on both its appearance and performance while still fully embodying the spirit of its much-loved predecessors and its core concept of being the “one-and-only, small, lightweight 4WD vehicle”. It crafts together simplicity, functional beauty and 4WD technology that leave both off-road professionals and city-users wanting more.
The all-new Jimny has a practical exterior. It simple and strangely appealing for that reason. Suzuki says that it is built to express off-road functionality. Its square-shaped body realises better situational awareness and flat clamshell bonnet enhances visibility. The Japanese manufacturer says that it is engineered for professionals, there is no compromise in its exterior design.
An inside, Suzuki adds that there is little to distract from driving. Its stylish black interior is humble yet handsome, and controls are designed for quick and easy operation even when wearing gloves. Every detail is thoughtfully and attractively crafted to support serious off-roading. 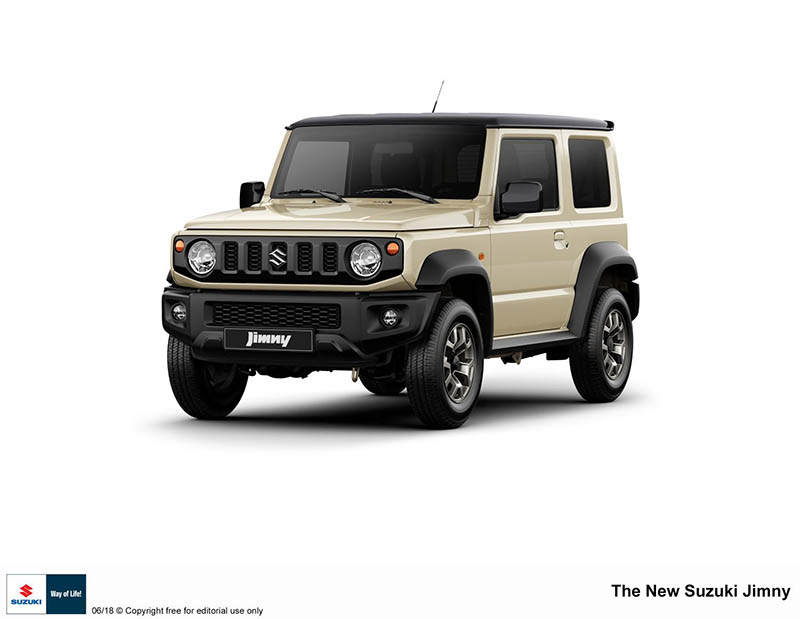 The rear luggage space can be expanded by folding the rear seats, creating a 377 litre luggage space which is 53 litres larger than its predecessor. Flat all the way across, the quarter trims and seats have been carefully designed to increase storage width, and the backs of the rear seats and luggage room floor are coated with plastic for easy dirt/stain removal.
The all-new Jimny stays true to its character, inheriting its four core characteristics: ladder frame, “three angles”, 3-link rigid axle suspension with coil spring, and four-wheel drive with low range transfer gear. It also features ‘AllGrip Pro’, Suzuki’s 4WD system designed for high off-road ability.

The former 1.3-litre engine is replaced by a 1.5-litre engine in the all-new Jimny. It delivers stronger torque at all rpm than its predecessor, with ample torque at low revolutions enhancing driving performance especially while driving off-road, where low revolution is often needed. Despite the increased displacement, it has smaller overall dimensions than the engine it replaces, with 15% reduced weight, contributing to enhanced fuel efficiency.

The new engine is married to a 5-speed manual transmission has optimised gear ratios for the new engine and also offers better fuel efficiency. 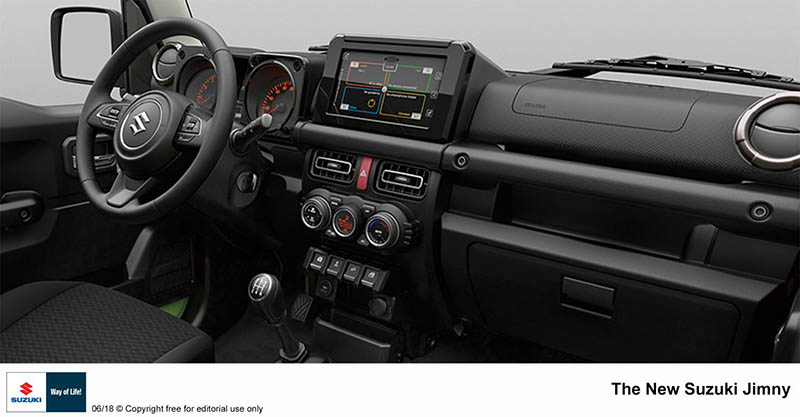 Suzuki Safety Support is their preventative safety technology that helps the driver avoid accidents and supports the driver to have peace of mind during every day driving. With Dual Sensor Brake Support (DSBS), if the system determines that there is a risk of collision with a forward vehicle or pedestrian, it issues an audio and visual warning, increases braking force, or applies strong automatic brakes depending on the situation, in an effort to avoid the collision or reduce damage.