The all-new Focus RS will arrive in Ireland in April and will be offered in one series – the AWD Focus RS 5-door 2.3 litre EcoBoost petrol 350PS with a 6-speed transmission and CO2 figure of 175g/km. It will sell from €52,600. 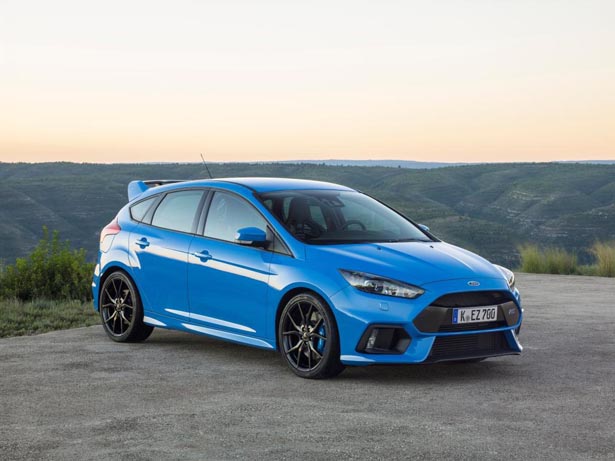 Ford says that the new RS also introduces advanced performance technologies, and is the first RS equipped with selectable ‘Drive Modes’, including what it says is an industry-first drift mode and launch control.

The Focus RS is part of a performance onslaught from Ford that will see more than 12 performance vehicles delivered to customers globally through 2020, including the stunning Ford GT ultra-high-performance supercar that will compete at the 24 Hours of Le Mans in 2016.

Developed by a small team of Ford Performance engineers in Europe and the US, the new Focus RS is the third generation of Focus RS cars, following models launched in 2002 and 2009. It will be the 30th car to wear the legendary RS badge, following such technology trendsetters as the 16-valve 1970 Escort RS1600, the turbocharged Sierra RS Cosworth of 1985 with its radical aerodynamics, and the four-wheel-drive 1992 Escort RS Cosworth.

Ford says that European customers have already placed more than 3,100 orders for the new model.