By 2025 about 70 per cent of the cars moving on European roads will be connected, i.e. vehicles equipped with telematic tools that, thanks to internet connections and mobile devices, will be able to connect to the outside world (road infrastructure, other vehicles or devices). This figure is five times higher than previously estimated at the end of 2016 (13.9 per cent) and significantly above 2019 forecasts (41 per cent). 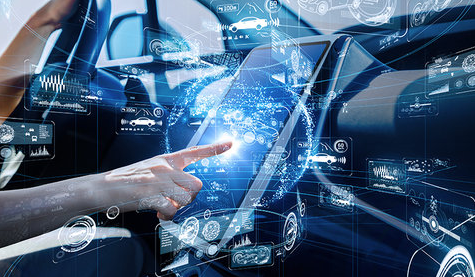 These numbers, which stem from a study by the Autopromotec Observatory based on information from Roland Berger, highlight how connected cars are destined to play an increasingly prominent role in the future of the automotive industry. In the next few years, the progressive penetration of connected vehicles on the European market will be driven by the growth of natively connected cars, i.e. cars with factory onboard integrated connectivity systems.

Significant growth will also be recorded by retrofit solutions, i.e. cars able to connect to the network thanks to dedicated aftermarket components. In 2016 these vehicles accounted for 6.3 per cent of the total number of vehicles on the road and is expected to continue to rise in the short term (with a peak of 31.6 per cent in 2022) and then even out in the long term (around 30 per cent in 2025).

The Autopromotec Observatory underlined that connected cars represent a highly topical technological innovation and are radically transforming the automotive sector. The connected revolution brings new challenges, particularly as the aftermarket and repair sectors will be called upon to make the necessary adjustments to cope with a fast-changing scenario.

Garages will have the task of acquiring greater skills and knowhow in collecting and interpreting all the information coming from these cars (database, diagnostic software and equipment connected with the vehicle) as well as specialising on new technologies, offering innovative, cutting-edge and efficient solutions when repairing and servicing motor vehicles.