The Renault Zoe has set a new world record for the longest distance travelled in 24 hours by a production electric car. 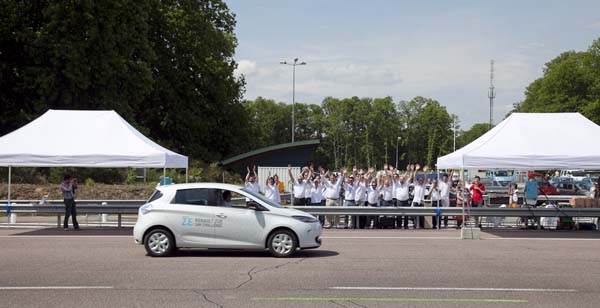 Two Renault ZOE vehicles set out on the speed ring at the Aubevoye technical centre (CTA) in Normandy. Fifteen drivers from Aubevoye, Cléon, Sandouville, Flins, Douai and Grand Couronne take turns at the wheel, driving and charging as necessary.

Twenty-four hours later, the two Zoe vehicles cross the finishing line, with mileage of 1,618 km and 1,506 km respectively. Both models have fulfilled their promise with a demonstration of performance and endurance.