ZF Group has played an integral part in JCB’s Fastrac storming into the record books after being crowned the world’s fastest tractor with a speed of 135.191mph.

The Fastrac – designed and built by a team of young engineers in Staffordshire – secured the title at Elvington Airfield in York with motorbike racer and lorry mechanic, Guy Martin at the wheel. The feat was officially ratified by Guinness World Records. 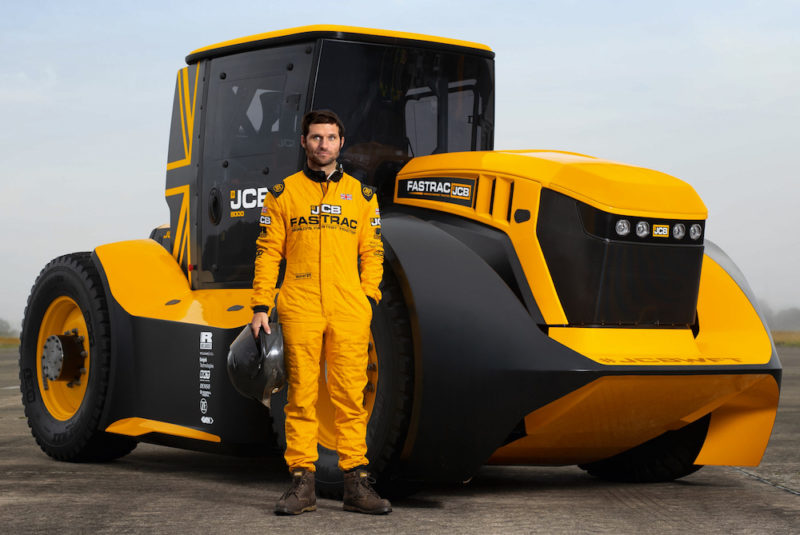 JCB embarked on the ambitious plan to break its own record – set by Fastrac One – and developed Fastrac Two – which was 10 per cent lighter and even more streamlined than its smaller brother. Fastrac Two hit a peak speed of 153.771mph on its way to recording an average of 135.191mph at Elvington.

Due to the unique requirements of this project, ZF mobilised a special project team including colleagues from the UK, Germany and Hungary, spanning three divisions of ZF including: Services, Industrial and Truck division.

The JCB Fastrac was powered by the ZF Ecoshift transmission, typically found in heavy road applications and adapted to reach peak performance for the application.

Working with JCB to deliver the project within a tight timescale, ZF presided over the integration of a special input shaft into production and subsequent installation and tuning of the transmission on the tractor.

An extra shot of power was needed to achieve the record, and the 7.2 litre, 6-cylinder JCB Dieselmax engine produced at JCB Power Systems in Derbyshire, also received some extra attention. A new, larger turbocharger accompanied by water injection and charge-air cooling through ice tanks reduced intake temperatures by 50˚C.

An electrically driven supercharger system was again used, while a revised exhaust manifold contributed to improved flow. The adoption of a sophisticated anti-lag system would also keep the larger turbocharger delivering its maximum boost pressure while gear changes took place. The result of the powertain improvements was a peak output of 1,016hp at 3,150rpm, and over 2,500Nm of torque.

Despite the tractor developing 1,016hp, it achieved over 5mpg and needed only a tiny 20-litre fuel tank to make its high-speed runs. And while it has the capability to run on vegetable oil, a special formulation of high-performance racing diesel was used.

Gavin Donoghue, ZF Aftermarket, business manager off-highway, said: “We were delighted to play such an important part in this world record attempt and congratulations to everyone involved. The achievement underlines the high quality capabilities of ZF across many areas of powertrain and driveline technology.”