Yuasa and Wicklow Hurling got its new partnership off to a winning start as the team won the Allianz Hurling League Roinn 2B Cup on March 10.

The match was the first time the team wore its new branded strip featuring Yuasa as the title sponsors. 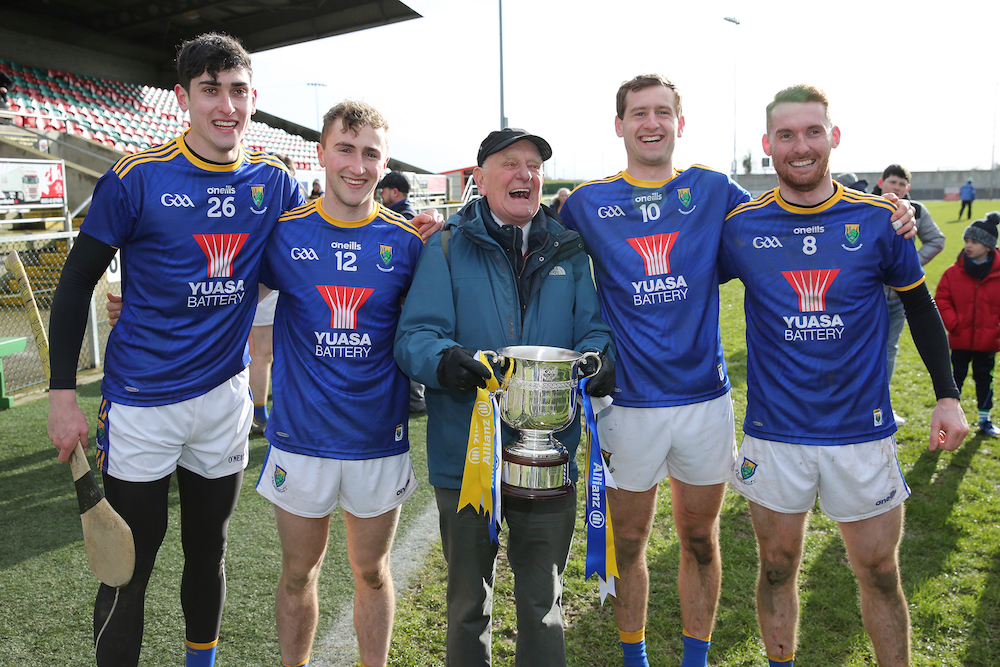 The partnership between Yuasa and Wicklow Senior Hurling Team was arranged and administered by Somora Motor Parts Ltd, a customer of Yuasa based in Ireland.

James Douglas, Marketing and Product Manager said: “It was only last month that Yuasa confirmed the sponsorship of Wicklow Hurling so to see the senior team win their first game at the end of the league season is fantastic!

“As the world’s leading manufacturer of automotive, motorcycle and industrial batteries, our sponsorship programme is key to maintaining our brand profile.

“We wish the team every success as they look ahead to a Christy Ring Cup challenge in May.”

Stephen Lawless, Sales Manager at Somora Motor Parts, said: “It’s great to see Yuasa looking at grass Roots level sponsorship in Ireland, and acknowledging the up and coming Wicklow Senior Hurling Team for their achievements over the past year under the guidance of Eamon Scallan.”

Yuasa has a strong sponsorship programme, including a long heritage in motorsport. The leading battery manufacturer has been title sponsor of Honda Yuasa Racing in the British Touring Car Championship since 2012 and also sponsors Repsol Honda in MotoGP. In addition to motorsport, Yuasa has sponsored a diverse range of sporting teams and individuals over the years.