Yuasa is celebrating its 10-year anniversary in the British Touring Car Championship (BTCC) with the launch of its 2020 challenger.

The battery brand unveiled the Honda Civic Type R FK8 alongside the championship winning Civic FN2 from 2011, a nod to their successes over the last decade. 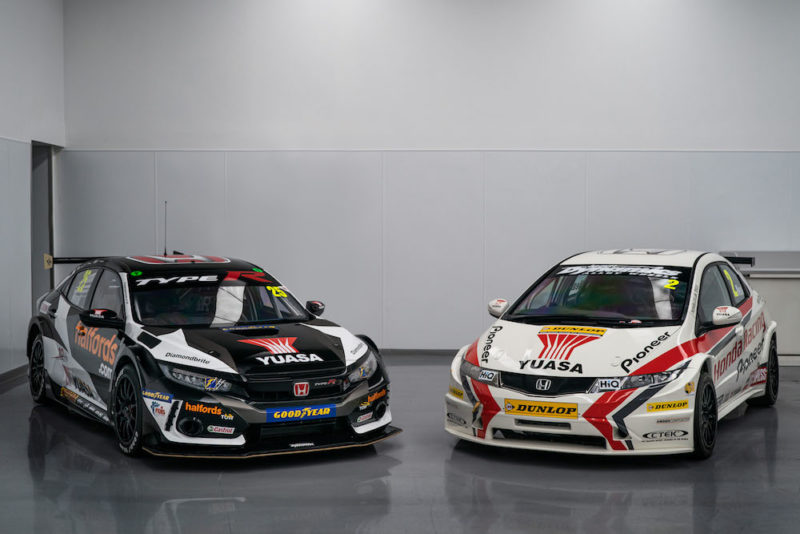 Launched at Team Dynamics headquarters in Droitwich, Worcestershire, the 2020 Honda Civic Type R FK8 has seen significant development over its predecessor as the team fights to become champions once again.

The cars feature a fresh new livery featuring Yuasa’s distinctive branding alongside matte elements for the first time. To commemorate the battery manufacturer’s decennary, a special 10-year anniversary logo is also featured on the car’s side.

The cars will be piloted by three-time champion Matt Neal and Dan Cammish. Neal has 30 years in the championship, in which he has secured 63 race wins and three drivers’ championships.

The Droitwich-based team hope to build on the Honda Civic FK8’s successes over the last two seasons. The Team Dynamics-run Halfords Yuasa Racing team scored podiums at 18 races in 2019, securing the team’s championship, but narrowly missed out on becoming drivers’ champions at an action-packed season finale at Brands Hatch.

“Yuasa are the UK’s number one choice for automotive and motorcycle batteries and our performance on track over the last ten years have strongly reflected our core values of quality, reliability and performance. Both Matt and Dan have provided some incredible results and we’re very much looking forward to watching them hit the track for the first time later this month.”