Yuasa has revealed the lucky winners of its motorcycle scratchcard competition, which included the top prize of a Honda Fireblade plus a range of other fantastic prizes.

The motorcycle competition was a great success for the battery manufacturer, with thousands of consumers entering the prize draw. The fabulous prizes up for grabs included a Honda Fireblade, a Honda Fourtrax ATV, ten MDS helmets and 100 Yuasa smart chargers.

The competition’s top prize of a Honda Fireblade was won by Craig Embleton from Newcastle upon Tyne who collected the superbike from Honda in Newcastle. 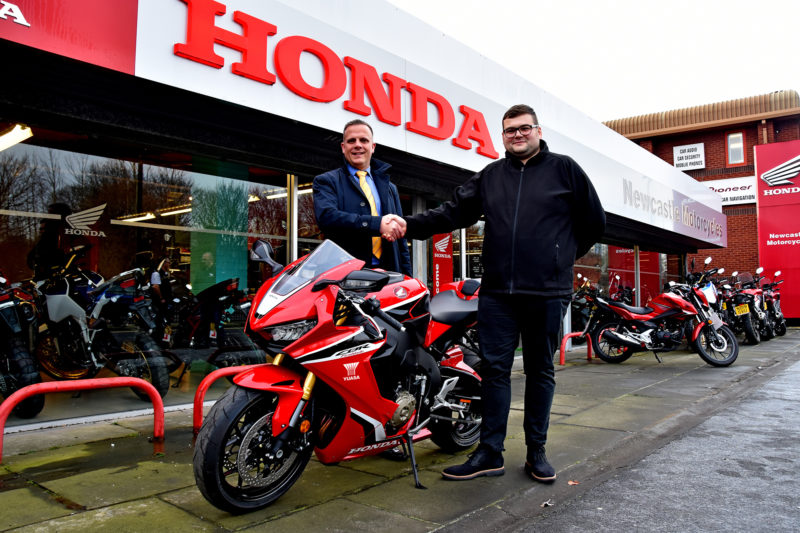 Upon receiving the prize Craig said ““I bought a Yuasa motorcycle battery for my bike this year and entered the competition. I was shocked to hear that I had won whilst I was away travelling.

“I buy Yuasa motorcycle batteries because they are the most well-known brand and are original equipment manufacturer to Honda motorcycles and other top bike brands.”

Keith Rainford from Bristol was the lucky winner of the Honda FourTrax second prize and collected the ATV from Honda distributor ATV’s R Us in Wells. 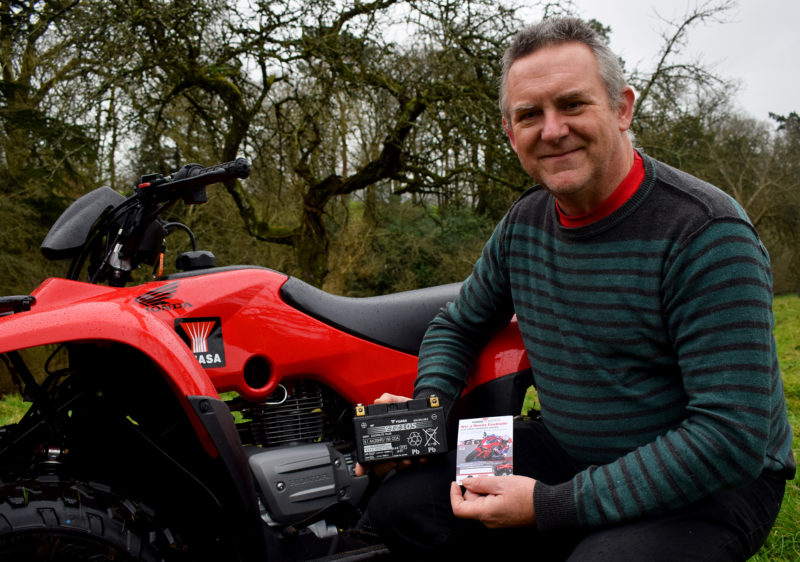 110 other entrants also won prizes of MDS helmets and Yuasa smart chargers and all lucky individuals have been contacted directly.

Jon Pritchard, general manager sales and marketing at Yuasa, said: “Our motorcycle competition launched back in March and we were pleased to offer an impressive range of prizes worth over £25,000. Hundreds of retailers across England, Scotland and Wales participated in the competition, giving their customers an entry scratchcard. We’re delighted for all of our winners and hope they get plenty of use of their prizes.”

Yuasa batteries are made to last longer and deliver more power, that’s why all major motorcycle manufacturers fit them as standard. With over 40 years of development, every Yuasa motorcycle battery also provides high performance, exceptional quality and proven reliability.