19 young innovators from all walks of life in Ireland have been given a golden opportunity to follow their dream of making it on the national and world stage with the backing and support of Nissan.

After receiving over 1,000 applications, Nissan today announced the shortlist of 19 finalists who will face a three week long public vote to win one of ten coveted places on the Nissan Generation Next ambassador programme.

The seven finalists with the highest number of votes and another three finalists chosen by Nissan will each receive the keys to a brand new taxed and insured Nissan to drive for a year together with valuable promotional and marketing support.

In the fours year since it was launched Nissan Generation Next has helped new Irish entrepreneurs to find their feet in domestic and global markets, elite athletes, writers, film makers and fashion designers to succeed internationally and young scientists to shape and influence the fast moving world of digital technology.

This year’s finalists, who are hoping to follow in the footsteps of the 30 Nissan Generation Next ambassadors before them, include Ireland’s new generation of rising stars in the fields of business, technology, medical care, food, sport, music, fashion and social enterprise.

“Nissan Generation Next helps Irish people to compete and to succeed on the world stage. It has been phenomenally successful in helping the next generation of Irish leaders and champions to realise their potential,” said James McCarthy, CEO of Nissan Ireland.

“All of our finalists this year have been fearless in making their dreams a reality. They are driven to succeed internationally and we look forward to helping those joining this year’s Nissan Generation Next programme to get ahead on their journey to success,” he added.

Members of the public can cast their vote online for any one of the 19 finalists in contention to become Nissan Generation Next ambassadors at www.nissangenerationnext.ie anytime up to Friday, 14th July 2017.

Those named as Nissan Generation Next finalists today are:

Kormac O’Halloran (37) – Performer, Producer and DJ, Dublin
Kormac  is a multi-instrumentalist musician, producer and DJ from Dublin. Well known for his live performances, Kormac performs with a full ensemble, known as Kormac’s Big Band, who’ve appeared on primetime shows such as the Late, Late Show. His music is often used in TV advertising and his track ‘Wash My Hands’ has just been selected for use in the forthcoming John Malkovich/Glen Close Movie, Wild Wedding. His latest album features legendary Trainspotting Author Irvine Walsh.

Chris Kelly (20) – Patient Tracking System Software, Limerick
Chris is on a mission to improve patient care in hospitals worldwide. His company, Pinpoint Innovations, has developed a patient tracking system that monitors the flow, efficiency and utilisation rates of operating theatres in hospitals. The company has partnered with the Perioperative Care team in the University Hospital Limerick and is piloting its first product, Xsonor, over the next six months.

Louise McGuane (39) – Whiskey Distillery, Clare
Louise returned home to her family farm in Kilrush on the wings of a high flying career with top global drinks brands in cities like New York, Paris, London and Singapore to create a business that has revived the traditional method of producing Irish whiskey. She is the founder of Chapel Gate Irish Whiskey Co. which produces whiskey under the J.J. Corry brand.

Tony Browne (22) – Boxer, Dublin
Tony has recently been named at number 9 in the Four Nations rankings for the light heavyweight division. Tony has long been regarded a serious boxing prospect, and is a serious contender to represent Ireland in Tokyo at the 2020 Olympic Games.

Niall Moloney (27) – PowCow, Dublin
Niall is a qualified dietitian and an expert in sports nutrition. He created Europe’s first high protein, low fat, frozen yogurt: Pow-Cow. He came up with the idea after discovering that his clients, who include Connacht Rugby, Irish Olympians, intercounty GAA players and other professional athletes, were struggling to find an enjoyable healthy dairy snack or treat.

James Corneille (18) – Positivity Pack, Limerick
James has already accumulated 18 awards in tech and business and has been named as the ‘#2 Most Powerful Young Entrepreneur in the World’ thanks to the success of his business, Positivity Pack. The teenager has also developed a massive social media presence with 450,000 followers online. 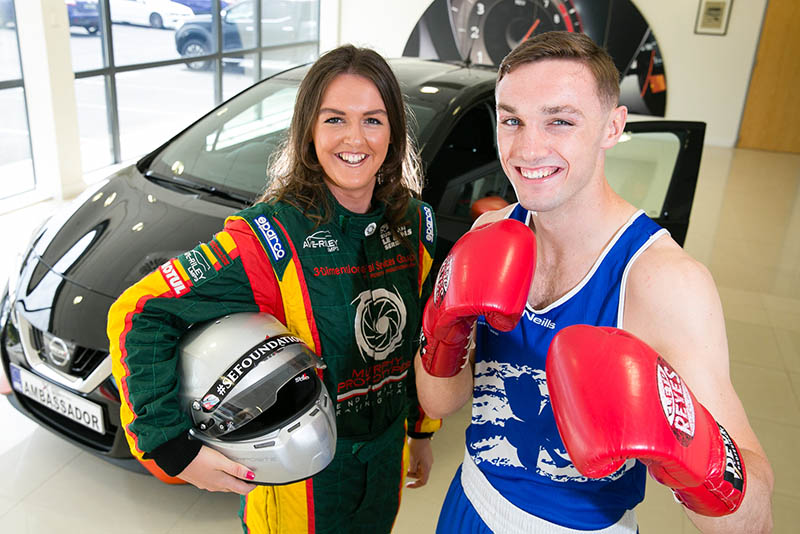 Nicole Drought (23) – Racing Driver, Tipperary
Nicole Drought, is one of Ireland’s premier female racing drivers. She became the first woman to win in the Irish Touring Car Championship last year. That feat of achievement also led to her being named as the 2016 Irish Sportswoman of the Year.

Dave McGeady (36) – Wyldsson, Dublin
Dave McGeady, is the founder of ‘Wyldsson’ a health snack company based in Tallaght. His healthy food products have become the snack of choice for Manchester United players, rugby internationals and Ryder Cup golfers.

Jeanne Mahony (50) – Hope Beer, Dublin
Jeanne put her plans for retirement on hold in order to create Fingal’s only microbrewery with a group of her friends. Hope Beer brews a range of delicious craft beers from a state of the art facility on the Kilbarrack Road.

Colin Keogh (28) – Co-founder of The Rapid Foundation, Wicklow
Colin works as an engineer in UCD and is determined to change the world by using Science and Technology to solve some of the world’s biggest problems.  He utilises low cost disruptive technologies to make an impact on global issues and has already been named as one of ‘Forbes 30 under 30’ in Science and Medicine. 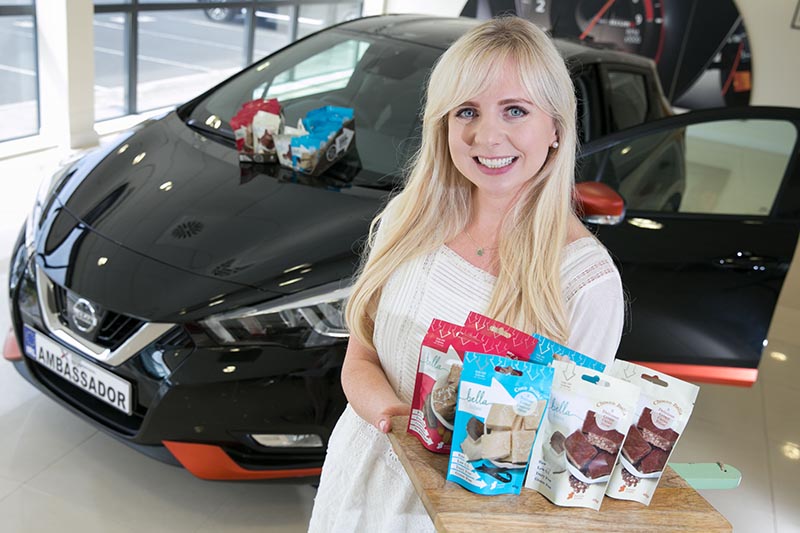 Cliona Hegarty (35) – Bella Bites, Dublin
Inspired the diets of clean-eating Australians during her time in Australia, Cliona returned to Ireland with a new-found passion for fresh, unprocessed food. She founded Bella Bites in 2014, producing a range of healthy, energy-boosting clean snacks. Her products can be found in over 150 retailers across Ireland.

Marie Martin (22) – The Safe Scrub, Kerry
Marie Martin, invented a top selling product to improve farm safety and to help farmers to protect their health. Marie invented the Safe Scrub Sprayer as a Transition Year student after her father became ill from spraying pesticides. The front loader mounted sprayer allows users to spray pesticides from the safety of the cab and also saves time and money by reducing the amount of pesticides required by up to 50%.

Brendan Doyle (31) – Skeleton, Dublin
After a frightening attack while on duty, Brendan decided to leave his job as a Garda and returned to the sport he’d trained at as a teenager, skeleton sledding, overcoming some troubled times battling with depression in the process. He’s now a regular speaker on the topic of mental health, while also having one eye on competing in the 2018 Winter Olympics in South Korea.

Adam Harris (22) – As I am, Dublin
Adam is the founder and CEO of AsIAm.ie, an organisation working to build an Ireland where every person with Autism can “live and succeed as they are”. Adam founded AsIAm.ie based on his experience of living with Aspergers Syndrome, a condition on the Autism Spectrum.

Michael Onalimi (43) – Flavour Safari, Laois
Michael, from Mountmellick, realised a long held dream when he launched his business, Flavour Safari Sauces, which is Ireland’s first African inspired sauce range. Flavour Safari is already a proud Food Academy Producer with Super Valu and Michael is currently working on securing new store listings across the country and on exporting his range of sauces into the U.K.

Richie Commins (23) – Founder Dashcabz, Galway
Richie is a tech graduate from NUI Galway who has created an innovative new service called DASHCABZ, that allows students to get a taxi home safely, even when they have no cash, bank card or phone. The pilot project started in Galway and is now rolling out to colleges and taxis drivers across the country.

Andy Dunne (37) – Personal Health, Dublin
After suffering with an injury that caused him to retire from professional rugby, Andy was inspired to study musculoskeletal therapy. Excelling in the role, he became a leading physiotherapist in professional cricket, travelling with the Irish national team during the 2014 World Cup. Now, he’s the founder and managing director at Personal Health, a medical clinic providing lifestyle support to clients with chronic health conditions.

Niamh McCabe (25) – Luvguru, Dublin
Niamh is the co-founder of Luvguru, an innovative new matchmaking app that allows friends and neighbours to play Cupid, to meddle in another friend’s love life and to hook them up with a suitable date. The app has brought Ireland’s art and tradition of matchmaking into the digital age and is fast becoming the next big thing in the dating world.