Britain’s first contactless car vending machine was launched in London yesterday. The idea is to offer motorists a haggle-free way to purchase a brand-new car. 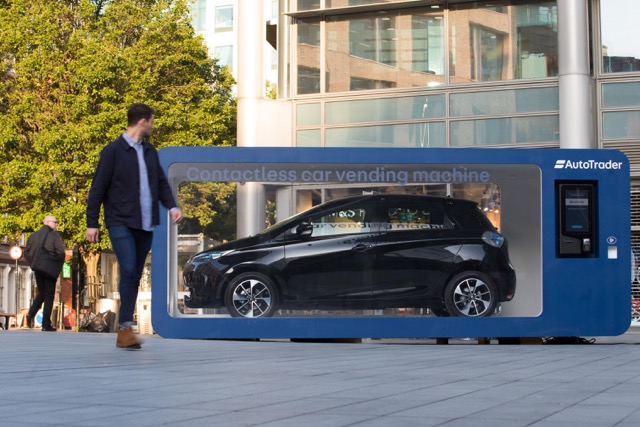 The installation has been created by Auto Trader, the largest British digital marketplace for new and used cars, to illustrate its unique pre-haggled prices and transparent price offering.

A new study by the brand of 2,000 British motorists found over 9 in 10 Brits (92%) admitted they are bad at haggling when it comes to buying a car and 89 per cent said they find haggling embarrassing and uncomfortable.

In fact, haggling on prices (41%) topped their list of anxieties about buying a new car, along with hidden costs (39%), worrying about making the wrong decision (28%) and having to wait a long time to receive a car after buying it (25%).

Top 10 car buying anxieties according to British adults
1 Having to haggle, negotiate and barter with someone on the price 41%
2 Hidden costs 39%
3 Worrying about making the wrong decision 28%
4 Having to wait a long time to actually receive the car after buying it 25%
5 Finding car terminology and jargon confusing 23%
6 The amount of time it takes to go through the process of purchasing 21%
7 Not properly understanding the financial options available 20%
8 Not knowing what questions to ask 19%
9 Not knowing the long-term running costs 18%
10 Conflicting reviews on cars 16%

In fact, 4 in 5 (79%) Brits think our continental counterparts are far better at haggling and even those who attempt to haggle here in the UK, over a third (38%) admit they are not confident in their own ability. On the back of this research, Auto Trader has introduced a new contactless car vending machine, offering consumers a haggle-free purchasing option. I wonder would the results be much different here in Ireland? 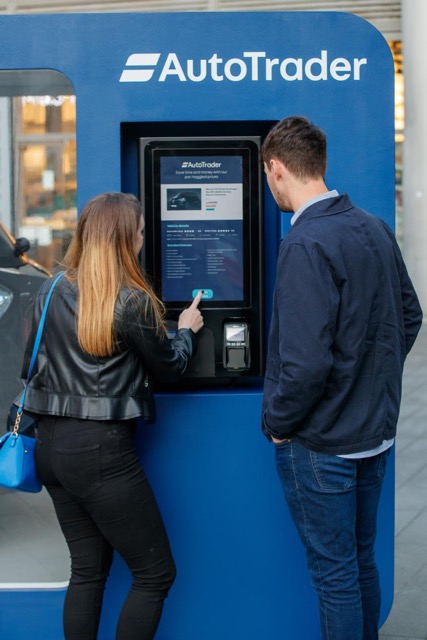 The bespoke contactless vending machine system installed today in London, allows purchases of up to £21,000, showcasing how consumers can “buy and go” without having to worry about any haggling on the price, by finding a car and dealer through Auto Trader or any other source.

A team of six engineers spent three months designing and building the contactless car dispenser. A custom-made point of sale system and key release function was created, alongside an integrated payment and door release mechanic.

The installation features a brand-new Renault Zoe by Lookers Motor Group, which is one of the most searched for electric cars in the Britain, according to search data from Auto Trader. In fact, it claims that in just the past month, there have been nearly half a million searches for electric vehicles (463,277) on Auto Trader alone. 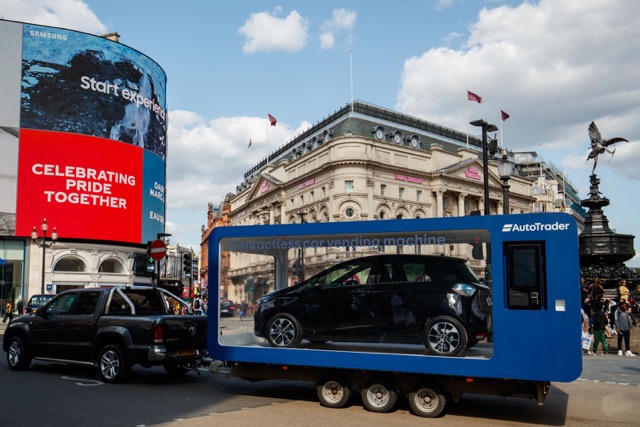 The vehicle’s price has already been agreed with the dealer, meaning drivers don’t need to worry about trying to get the best price themselves. The price reflects the significant discounts buyers can find on new cars with Auto Trader’s pre-haggled prices. Nearly 7 in 10 (68%) of Brits believe that if cars were sold online, pricing would have to be clearer and more consistent – like with the pre-haggled Renault Zoe installation.

The popularity of the Renault Zoe shows drivers ever-increasing concerns around the environment. There has been an astonishing 60 per cent rise in electric car registrations over the past year albeit from a low baseline. Three-quarters of Brits (74%) would consider driving an electric car today, with nearly 4 in 5 Brits (78%) now admitting to being concerned about their carbon footprint when it comes to buying a new car.

A whopping 85 per cent of Brits also find that the stigma around buying and owning an electric car has now gone, with over half of Brits (54%) admitting they would buy an electric car next time they buy a new car. Additionally, when it comes to pollution and emissions in London, well over 7 in 10 (77%) Brits believe only electric and hybrid cars should be used in London.

A spokesperson for Auto Trader said: “Buying a brand-new car is an exciting experience, but it can often be tarnished by anxiety around haggling and knowing whether you’re looking at the right price.

“So today we’re showcasing a real-life version on what can be found on Auto Trader; brand new cars at transparent pre-haggled prices that you can drive away today.

“The only difference is that this Renault Zoe can be purchased at the touch of a card, testing London car buyers’ appetite for electric cars as well as a more instant purchasing future.”