21 year-old Jack Byrne from Annacurra, Co Wicklow, has been selected as the Young Racing Driver of the Month for July. Jack’s performances during the period included victory in the Formula Vee B and C Class race at the Vee Festival meeting at Mondello Park, as well as finishing ninth in the Festival Final. 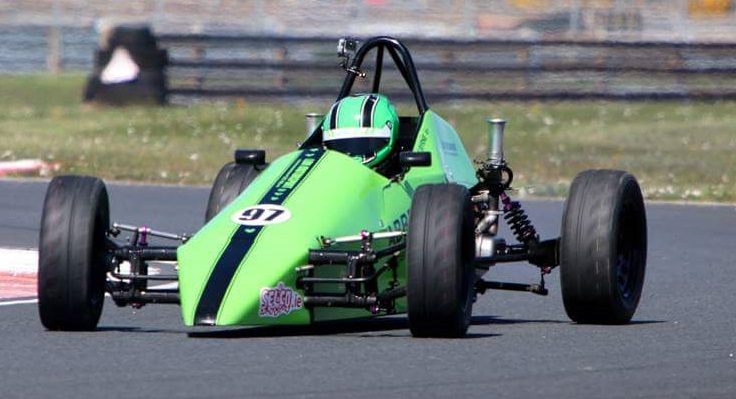 With two wins and a third place so far this year, Jack is involved in a battle for the final podium spot in the points table for the Probe 2000 Formula Vee B Championship, with four rounds still to be decided. Last year, he ended the year in the same position.

Jack started racing in 2013, at the age of 16, and has concentrated on the Vee class, although he has also driven in Future Classics races. He is currently driving a Luke O’Hara prepared LOH Sheane.

His sponsor is his father’s business, Abbeylawn Garden Products of Tinahely. Jack is currently a final year student in Design & Communication Graphics Teaching and Woodwork at GMIT in Galway.