A first glimmer of summer has arrived early with news from Volkswagen that the T-Roc Cabriolet is on the way. 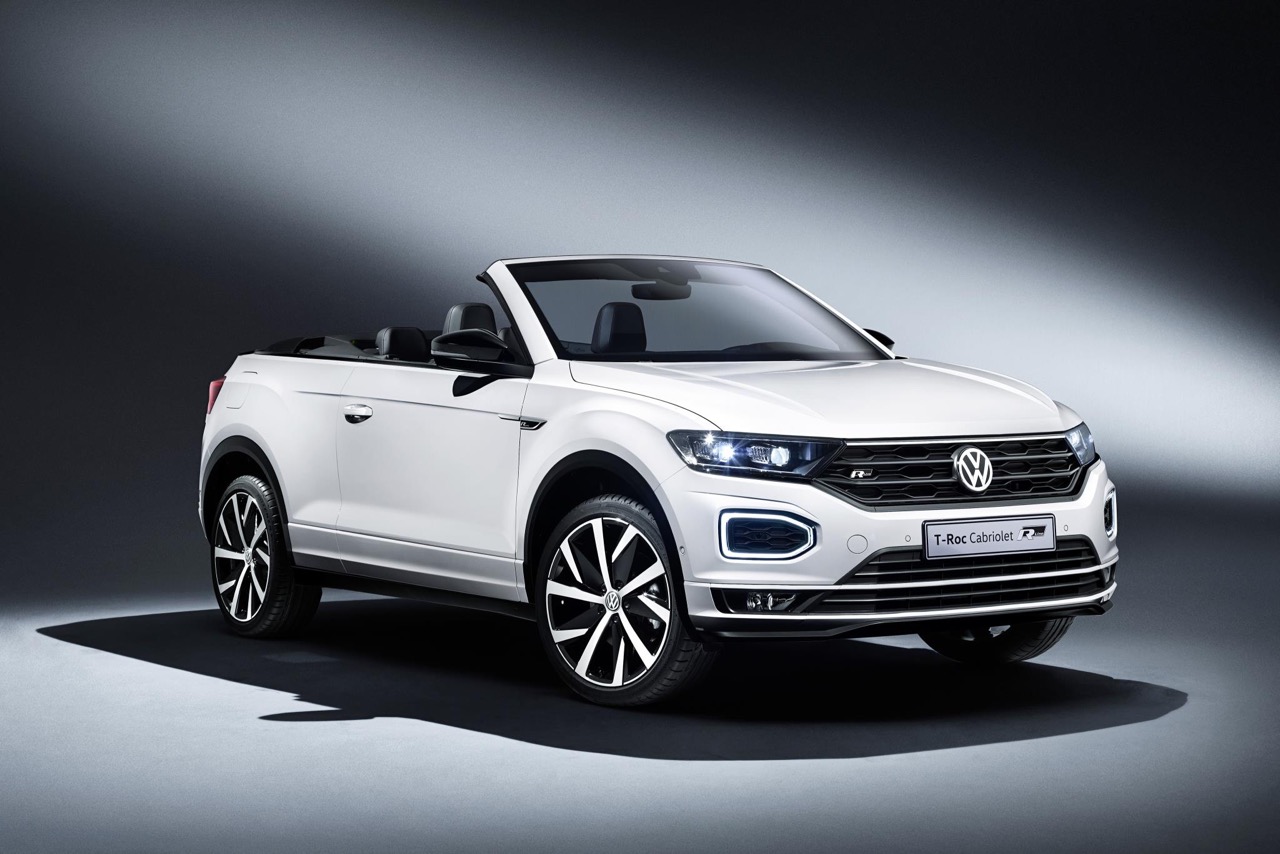 The latest in a dynasty of Volkswagen cabriolets spanning 71 years and numerous successful models, the T-Roc Cabriolet should arrive here with a choice of a couple of specification levels.

It should also come with s likely choice between two petrol engines – a 1.0-litre TSI 115 PS and a 1.5-litre TSI 150 PS. The latter should also have the option of a 7-speed DSG transmission, in addition to 6-speed manual versions of both.

Aside from the fabric folding roof – which can be lowered in nine seconds and raised in 11 seconds.

The T-Roc Cabriolet is distinct from the standard T-Roc in its two-door body style and its wheelbase, which has been extended by 40 mm compared with its five-door, solid-roof sibling. This allows maximum room for passengers in the cabin, as well as a useful 284-litre boot capacity.

A Volkswagen spokesperson said that: “As per its Golf-based predecessor, the T-Roc Cabriolet offers a wind-in-the-hair experience while driving one of Europe’s best-selling models.”