At the turn of the year, Volkswagen is offering a glimpse of the company’s future mobile quick charging station. It can be set up flexibly and independent of the power supply wherever it is needed: for example, in public parking lots in the city, on company premises, or as a temporary charging point at large-scale events. 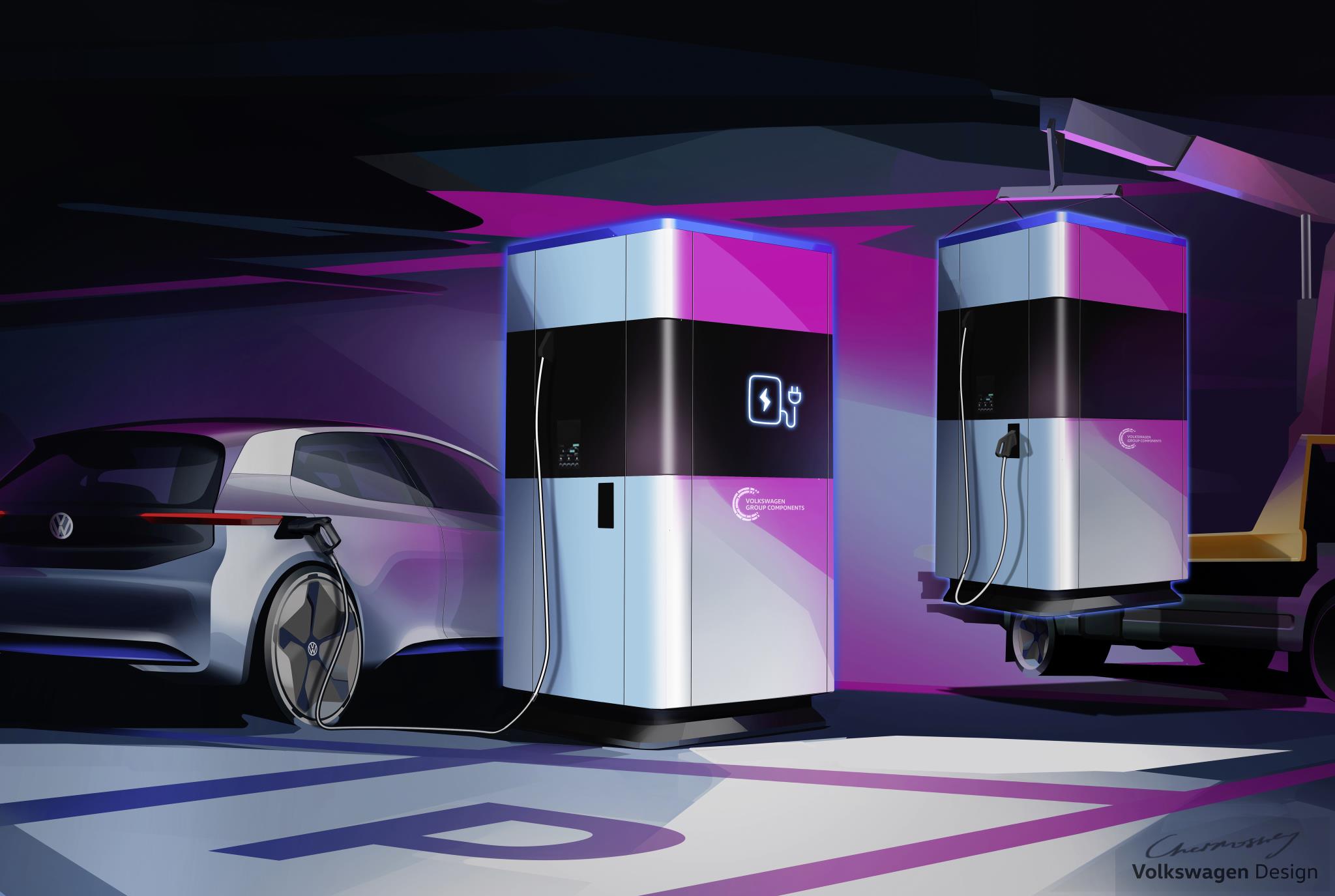 The mobile charging station works according to the principle of a power bank – which is familiar to many people with smartphones – but for electric vehicles instead. The charging capacity of up to 360 kWh enables up to 15 e-vehicles, including members of Volkswagen’s new ID. family, to be charged in stand-alone operation.

Thanks to quick charging technology, the charging process only takes 17 minutes on average. When charging to approx. 28 kWh. This corresponds to approx. 80 per cent of the charging capacity of the current e-Golf – e-Golf: Power consumption in kWh/100 km: 14.1 to 13.2 (combined), CO2 emissions in g/km: 0 (combined), efficiency class: A+.

If the energy content of the integrated battery set is less than 20 per cent, the depleted charging station is simply exchanged for a charged one. If, however, it is permanently attached to the power supply with up to 30 kW via alternating current, the battery pack perpetually recharges itself. 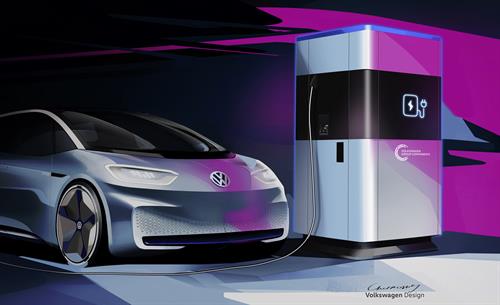 In case the charging process is based on renewable Power bank for electric cars – the mobile quick charging station by Volkswagen Group Components power supply, the charging station furthermore allows the temporary storage of sustainably generated power, such as solar or wind energy – and therefore CO2-neutral mobility.

The first mobile quick charging stations will be set up as early as the first half of 2019 in Volkswagen’s hometown of  Wolfsburg, Germany as part of a pilot project, and will support the expansion of a charging infrastructure in the urban area. As of 2020, the charging station will also be implemented in other cities and communities, where they can find the most suitable places for a permanent charging point before making major investments in developing the network.

Thomas Schmall, Chairman of the Board of Management of Volkswagen Group Components said: “The mobile charging stations are a decisive step toward an efficient network of charging points. They can be set up anywhere as required – with or without connection to the power supply. This flexibility enables a completely new approach for the rapid expansion of the charging infrastructure.”