Volkswagen Group Ireland is throwing its considerable clout behind an initiative that helps disadvantaged young people into exciting careers.

TU Dublin’s Access to Apprenticeships programme is a springboard for young people who have previously struggled to get on to the career ladder. The industry-led scheme gives students, many of whom come from families with a history of intergenerational unemployment, hands-on experience with leading Irish employers.

Setup in 2018, the Access to Apprenticeships initiative has helped nearly 100 youngsters overcome traditional barriers to entry and into full-time apprenticeships. The 12-week programme gives students access to industry leaders via a series of hands-on workshops, site visits and mentoring opportunities.

Last month, Volkswagen Group Ireland, one of 40 major Irish employers to have signed up to the scheme, opened the doors of its National Learning Centre in west Dublin to students keen to find out more about apprenticeships in the motor industry. 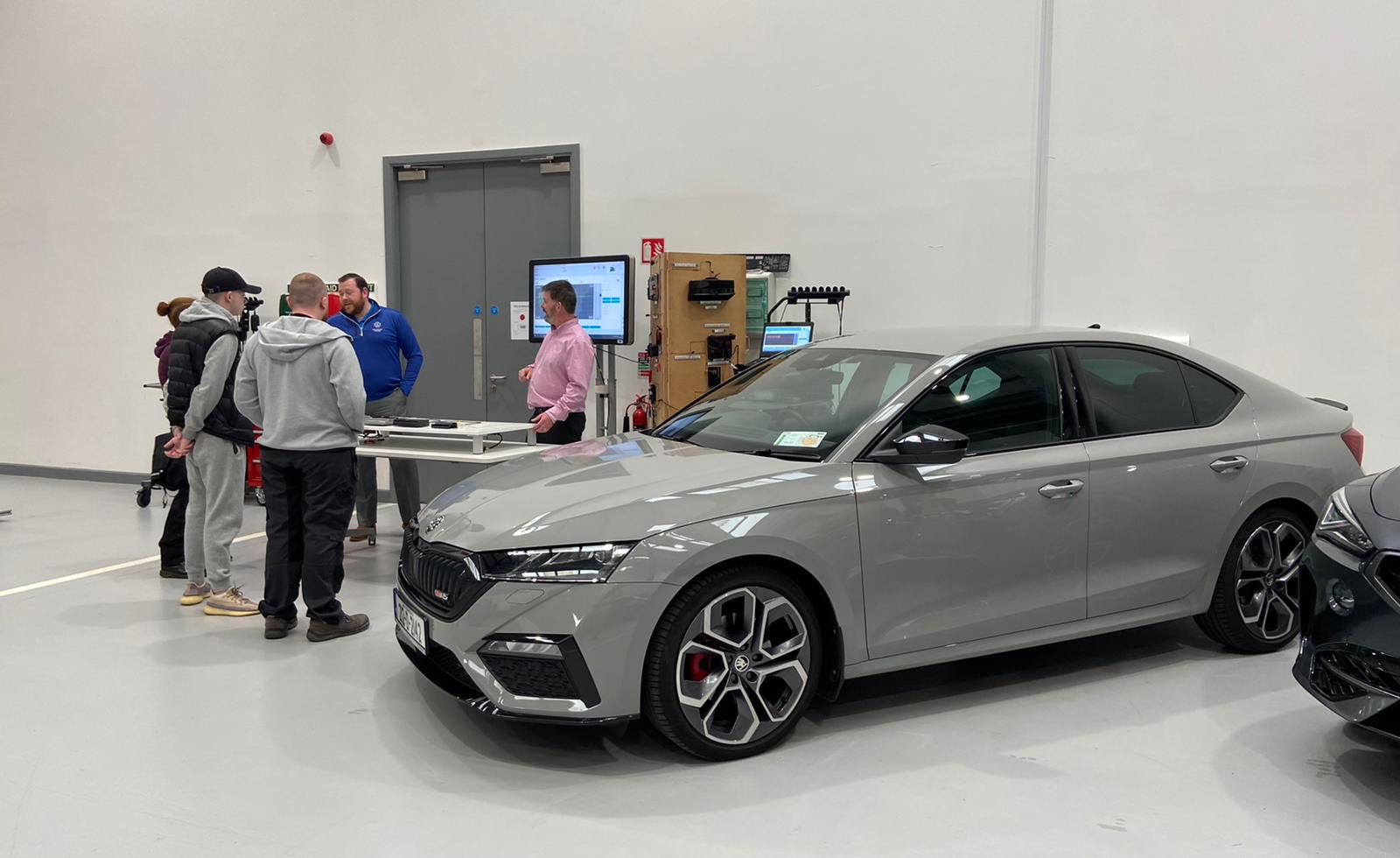 Visitors received hands-on experience with the latest Advanced Driver Assistance Systems as well as getting a glimpse at the technology powering the latest battery electric vehicles leading the transition to sustainable mobility.

With a total of 83 retailers in its nationwide dealer network, Volkswagen Group Ireland has opportunities aplenty for young apprentices living in Ireland or even looking to work further afield.

“One of our goals is to is to encourage more young people into the motor industry,” says Vicky Halton “When you qualify as a Volkswagen Group technician you can take your qualifications anywhere in the world.” 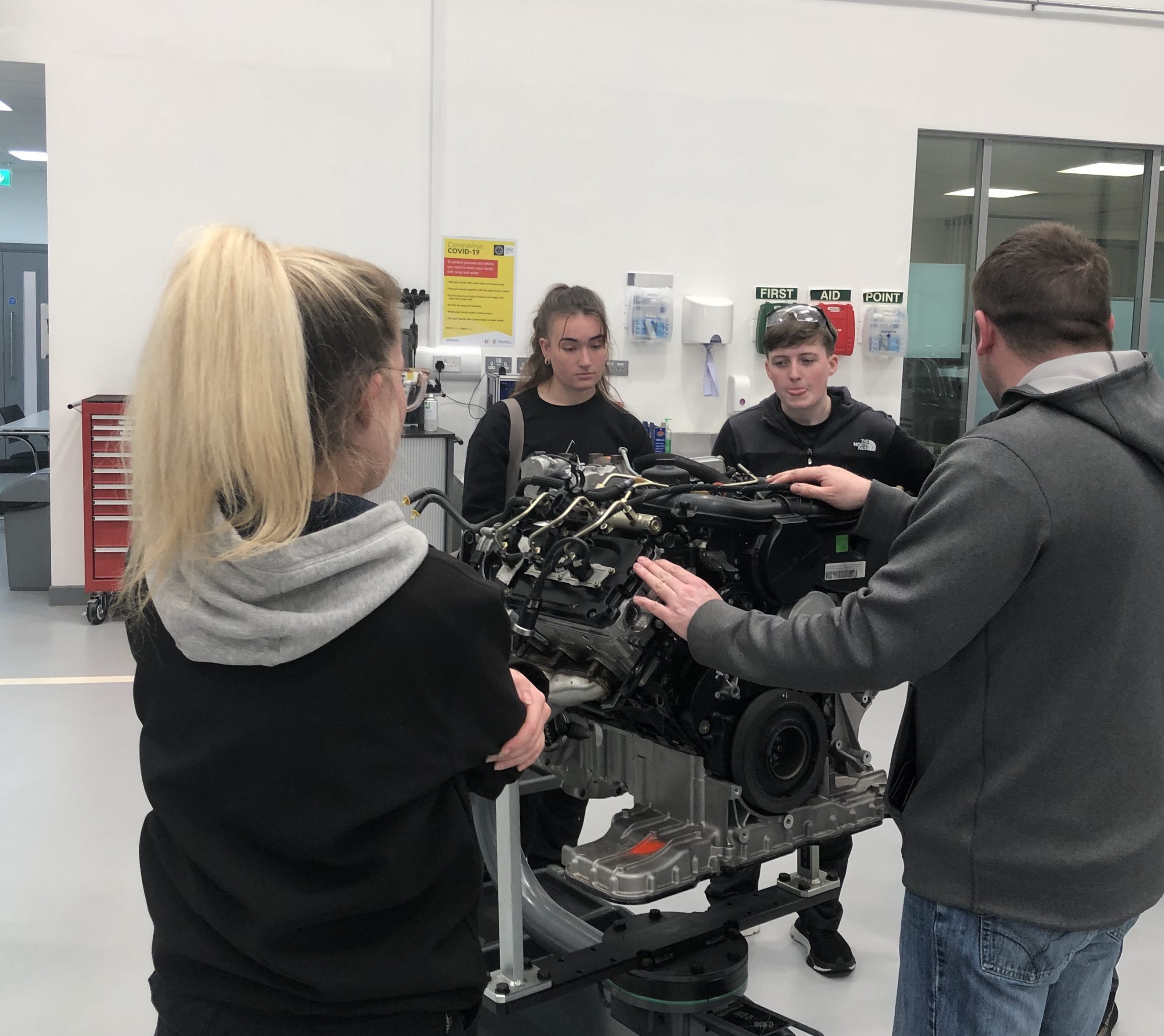 Ireland’s apprenticeship system is going through a major period of transition. For every apprentice motor mechanic, metalworker and electrician, now there are apprentice accountants, engineers and scientists. The gender gap remains heavily skewed towards young men but female apprentices are making their mark in a range of fields, from accountancy to biopharma. Traditionally male dominated fields like motor mechanics are also benefitting.

Students on the Access to Apprenticeships programme are exposed to a range of leading Irish companies. In addition to Volkswagen Group Ireland, other employers supporting the scheme include Jones Engineering, ESB Dublin Aerospace, Joe Duffy Motor Group and Irish Rail.

Students spend the first 10 weeks of the course learning more about the job opportunities available to them before spending the final two-weeks on work placement with their chosen employer. Successful candidates undertake four-year apprenticeships where they gain valuable qualifications while earning a wage.

As the largest provider of craft apprenticeship education in the country with facilities for training motor mechanics, heavy vehicle mechanics and vehicle body repair apprentices, up to 30 per cent of Ireland’s craft apprentices come through TU Dublin’s doors.

Bobby Maher, Manager of the Access to Apprenticeship program, says having the support of leading Irish employers like Volkswagen Group is key to the scheme’s success.

“I am really humbled by the investments our industry partners make in the lives of young people who have lots of potential but just need support build their confidence,” he says.

“Many of our students come from disadvantaged or marginalised communities. Their experiences of the labour market to date tend to be negative but we offer them tangible rewards. Many of the senior level industry mentors we deal with have come through the apprenticeship route so they know exactly how beneficial it can be.”

Training and upskilling of technicians and non-technical staff has always been a priority for the Volkswagen Group. In 2014, the Group established a state-of-the-art training facility at its National Learning Centre on the Nangor Road in west Dublin that allowed it to treble its training capacity to meet the needs of an expanding dealer network.

The €2.5m, 20,000 square metre facility, which boasts seven training rooms and a 10-bay workshop, has been responsible for training more than 2,200 technicians to date. This year alone, bosses plan to offer more than 1,500 face-to-face training days as well as 325 web-based eLearning courses.

“As a learning organisation with a strong footprint in apprentice schemes, Volkswagen Group Ireland is fully committed to the Access to Apprenticeships programme,” says Robert Guy.

“For us, it’s about delivering today while planning for tomorrow. Our focus on future qualifications for High Voltage Technicians coupled with long term demand for qualified combustion engine vehicle technicians, there has never been a better time to be an apprentice in the motor trade.”